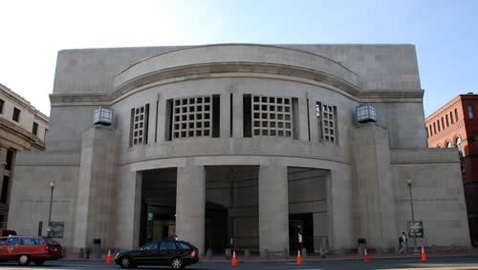 The United States Holocaust Memorial Museum is committed to educating people about Semitism and providing them with a reminder that those who forget history are fated to repeat it.

The museum celebrating its 20th anniversary has designed an advertising campaign that talks about its accomplishments and what it has done to promote anti-Semitism and what you and I can do, to ensure that the horrors of the past, remain consigned to the pages of history and never again happen in a civilized world, that still cringe reading or viewing reports of the atrocities committed almost three-quarters of a century ago.

The campaign advances a tour to four cities where, attendees without having to pay any charges will be able to view the museum’s exhibits, along with seminars and films.

Lorna Miles, chief marketing officer for the United States Holocaust Memorial Museum said that the four cities, Boca Raton, Los Angeles, New York and Chicago were chosen because they had the largest congregations of holocaust survivors and Second World War veterans. She also said that whilst entrance was free, attendees would have to register.

Among the many workshops the museum will be conducting, one addressing the concerns of what could have happened if the holocaust had occurred in the current century and with modern technology at their disposal, what havoc could those haters have wrecked. What if Hitler had access to the Internet, is a question frequently asked by the media and crops up regularly during debates – the thought is so troubling that even though the dictator lies dead and buried, it disturbs and horrifies.

The museum however goes beyond such hypothetical rhetoric and sticks to telling the historical truth and addresses such issues as who was really to blame for the Holocaust? It asks through its ad campaigns, can we really guarantee that such a thing will never happen ago and then proceeds to educate about what to do, to ensure that it really does not. The intent of the museum is evident in its tagline and theme which beseeches people that they matter and that only with their support, will such horrors never be repeated.

The museum has invited those who endured the horrors of the Holocaust and survived to tell the tale, to talk about what they endured, their pain and sufferings and subsequent rehabilitation. Visitors who have objects and relics from that era and related to the Holocaust can have them evaluated by the museum curatorial staff for their historical worth and value.

The museum will also salute and commemorate holocaust survivors and those courageous World War II veterans, who put their lives at risk in rescuing people from concentration camps.

The museum was the brain child of President Jimmy Carter who had set up a commission to look into the Holocaust and to educate the people about why it happened and why it should never recur. The commission’s proposal that a Holocaust memorial should be built, as a physical visible reminder of the tragic times, became a reality in 1993, with the venerable Dalai Lama becoming its first visitor and President Bill Clinton and Mr. Wiesel spoke during the inauguration ceremonies.

Apprehensions that a place dedicated to such shocking happenings would not attract the public were hugely misplaced as hordes visited the museum and on an average a visitor spent three hours inside the museum. So much so that some popular exhibits that were creating a holdup and had to be rearranged to ensure smooth flow of the visitors.

Ms. Miles said that it was important that the museum, upon completion of two decades of distinguished and impeccable existence, promotes its ideals as hatred on the net had intensified, anti-Semitism was also on the rise and many perceived the Holocaust as a necessity. The significance and need to edify and alert people about the dangers of the Holocaust is more important than ever before, she warned.