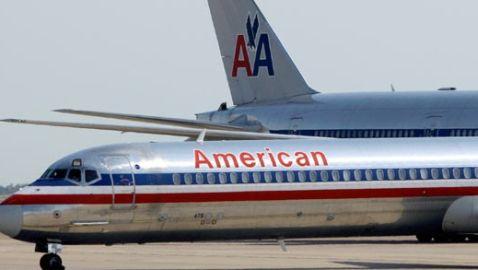 Workers have said that they are being brought into an office three people at a time to receive their final paperwork. The workers said they have known about the cuts for at least a year, but that still did not ease the realization of their last day at work.

“The company elected to let this go, in my opinion, for greed,” said maintenance worker Dennis Robinson.

Robinson said he already found a new job, but said he is upset with the lack of a send-off by American Airlines CEO/President Tom Horton.

“Mr. Horton, I say, it speaks highly of his character, not even to come out here and speak to us,” said Robinson.

The maintenance and engineering bay at the airport are planned to be shut down by March.

“Although it will be a few months before we will complete all work at Alliance, the vast majority of work there is now complete,” said Bill Collins, Vice President of Base Maintenance at American.  “We are all quite sad to be bringing it to a close.  Throughout restructuring we had to look at all of our options to make the airline more competitive and get our costs in line with the rest of the industry, and that regrettably included closing the Alliance base, though it served us well for many years.”

“Furloughs and layoffs are an unfortunate part of the restructuring process and we regret that any had to be made. But, through a collaborative effort with the TWU, we’ve been able to significantly reduce the number of furloughs for our TWU-represented Mechanics and Material Logistics Specialists, and for our people across the company.”

In order for American Airlines to remove itself from Alliance Airport, room will be made at the DFW hangar.

“To the employees, this is totally unfair.  Management took so much and has given so little back to employees,” said maintenance worker Helen Petty.

Some 700 workers saved their jobs by accepting relocation offers, but not everyone is happy with the idea. Alicia Besette’s husband is a mechanic who will be relocated to Miami.

“We’ve just been run through the ringer, financially speaking, emotionally speaking, you name it.  It’s enough.  They talk about shared sacrifice? The only ones I see making the sacrifice thus far are us, the lower end, the mechanics, spouses, children,” said Besette.

5 Steps to Take after Getting Laid Off
Let’s Get Social
Feel like getting in touch or staying up to date with our latest news and updates?
Related Posts
Latest In Work Relationships
BCG FEATURED JOB