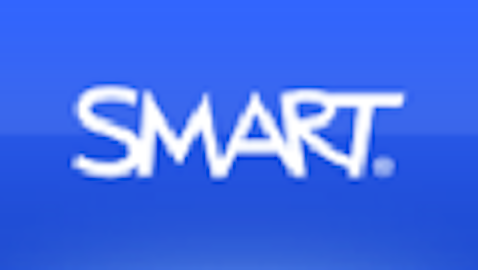 SMART Technology Inc.  is a name that the majority of you have more than likely never heard on in the past, unless you happen to work in the field of education. That is why before we talk about the job cuts that the company is making we are going to take a look at how the company has chosen to describe itself to get you up to speed, “SMART is defined by innovation and our desire to improve the way the world works and learns. And we’re defined by our customers – the teachers, students and business people who say that SMART has helped them discover new ideas, new ways of learning and new ways of collaborating. Our easy-to-use interactive displays and integrated solutions are crucial to classrooms and meeting rooms around the world. We created the world’s first interactive whiteboard in 1991, and we remain the world’s leading provider of interactive whiteboards.* Incorporated in 1987, SMART has been committed to innovation and excellence for more than 25 years.”

Sadly the company is getting ready to cut back on about one quarter of their current workforce in the next year, in what may or may not be a mass layoff action under the current federal guidelines. For those of you who are not familiar with the idea here is a look at how the federal government defines a mass layoff, “actions that result in workers being separated from their jobs. Monthly mass layoff numbers are from establishments which have at least 50 initial claims for unemployment insurance (UI) filed against them during a 5-week period. Extended mass layoff numbers (issued quarterly) are from a subset of such establishments—where private sector nonfarm employers indicate that 50 or more workers were separated from their jobs for at least 31 days.”

The company put out a release about the changes to the company that are prompting the job cuts to come, though they were not very forthcoming about what these changes mean for the workers, “SMART Technologies Inc. (Nasdaq: SMT) (TSX: SMA), a leading provider of collaboration solutions, today announced a corporate restructuring that will sharpen focus on each of its target markets in Education and Enterprise while simultaneously streamlining its corporate support functions. The restructuring will realign the organization into two business units as part of a plan that will reshape the Company to improve efficiency, innovation and customer experience. The estimated financial impact is an annualized pre-tax cost savings of approximately $40 million once fully implemented by the fiscal fourth quarter ending March 31, 2013.  As part of the restructuring, SMART will reduce its workforce by approximately 25% during the third and fourth quarters. One-time charges associated with the restructuring are currently under review and additional details will be provided when SMART reports its third quarter financial results.”

For the time being there is no word about what kind of a severance package, or any other benefits, the company is going to be giving to the soon to be displaced workers in order to help them to ease the transition out of their jobs.

Looking for Jobs in the field of education, Click here