Home  » Memorable Ways In Which Employees Told Their Bosses To Take This Job And S…. It: We Ain’t Working Here No More 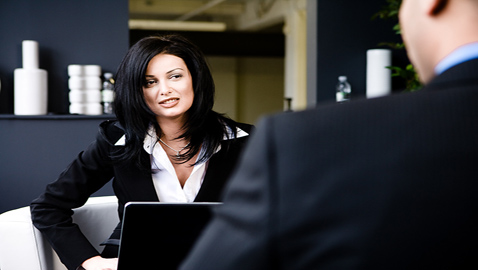 The last year, apart from all the noise and hullaballoo the election brought in its wake, will be remembered for being a year in which America was divided into two types of people – those who had jobs and those who did not have them. Employment figures were religiously released every month and every single statistic was analyzed threadbare, with the needle of the weighing-scale veering northward or southward, depending on the economists’ perception.

Amidst all this there were many stories of individual bravado and audacity not to speak of innovativeness exhibited by people who could not get jobs through conventional methods and resorted to innovative creative methods to get the employers nod. On the other hand there were those, who sick and tired of archaic systems or domineering workplaces, decided to leave, but not without making a statement, in a manner that managed to catch eyeballs and media attention.

An elementary school teacher, teaching students with dyslexia felt fettered by the school’s work environment. He was using innovative methods to ensure that the children were appropriately tutored, given their handicap, and was happy to note that he was making significant progress. However, the school forced him to revert to the school’s traditional way of teaching. However, he found that the prevailing system was doing no good, and decided to leave.

Piqued as he was with the management, he just did not hand over a resignation letter and walk out of the door. He used multimedia and read his resignation letter on YouTube for his superiors and the community to see. He made it very clear that he was quitting because they were not letting him do the work the way it should be done, “I’ve had it, I quit,” he said.

Bennett Olson was extremely frustrated that he could not land a job after months of trying that he hired a bill board, which said “Hire Me,” in bold letters, along with his picture and address. It put him down $300 but his unorthodox stunt paid off and he found a willing employer.

A lifeguard saved the life of a drowning swimmer. That was his job and he deserved to be commended for putting his life at risk and saving a life. Ironically however, he was given the boot. Apparently, the drowning person was not in the lifeguard’s saving jurisdiction and by going out of his prescribed zone he trespassed into rules violation area and was sacked.

There’s a famous adage, when the employee wants to leave, he suddenly finds his voice. Two anchors in Bangor were afflicted by the feeling that most employees are troubled with at some point or the other in their careers. They just want to tell the boss exactly what they feel about him, bang the door in his face and leave. Unhappy with their work they did not want to leave quietly. So at the end of the evening newscast, they told the astounded viewers and their equally aghast colleagues, that they were leaving and not going to work here anymore. They said, they tendered their resignations on the air because they wanted to say farewell to their loyal viewers.

One of them said that the continued disrespecting vilification and disparagement of staff was becoming a little too much to bear and hence, they wanted everyone to know, why they were leaving.

Sometimes an unconventional method of leaving could actually prove to be a boon. A Goldman Sachs employee resigned saying that the company had a “toxic” workplace environment and it was not client-centric. Smith landed a spill-all books deal worth $1.5 million with a publisher.

To conclude on a softer more affable note, Karen Chung, a program manager at Microsoft, composed a heartfelt goodbye song that spoke of the wonderful times she had at the company, the three years she worked there and sang it for all of them, before taking up her new job.

Memorable Ways In Which Employees Told Their Bosses To Take This Job And S…. It: We Ain’t Working Here No More by Harrison Barnes
Tags: Loss of Job
Tweet Like Plus Pin It Share

How to Feel If You Keep Losing Jobs
Let’s Get Social
Feel like getting in touch or staying up to date with our latest news and updates?
Related Posts
Latest In Work Relationships
BCG FEATURED JOB

Licensed CA attorney with a minimum of 3 to 5 years relevant experience in transactional corporate a...

\u003cp\u003eStradley Ronon Stevens and Young, LLP is hiring an experienced Litigation Paralegal to ...