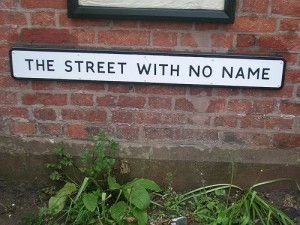 As a perk for staving off madmen and loony toons from causing harm to the leader of the free world, the Secret Service gets the honor of nicknaming, so to speak, the President, Vice President, and their immediate families.

Obama and Biden were no different, and today the cute little nicknames were leaked. While I do believe the Secret Service will get on this as quick as you can say cheese grits and whip up some new little pet names, for now we have these funny nom-de-plumes to ponder.

The Obama clan was bestowed an “R” theme with Mr. President-Elect himself dubbed Renegade — Michelle, Malia, and Sasha were coined Renaissance, Radiance, and Rosebud, respectively. Whatever image or thought Renegade conjures up for you — could be Lorenzo Lamas or Thin Lizzy– nicknames are often suggestive or emblematic. There are those rare occasions, though, when your friend’s nickname Asparagus really doesn’t mean anything.

Sometimes we have the pleasure (pleasure is open to personal interpretation) of dealing with labels and nicknames for the sort of work we do or job we have, too. If you’re unhappy with your nickname and the work you’re doing, maybe it’s time to seize opportunity when it knocks. Opportunity=EmploymentCrossing and we’re knocking, btw.

So when you’ve had enough lawyering in the biz, are tired of being a suit, talking head, jock, roughneck, pill pusher (that’s pharmaceutical sales, guys), number cruncher, scalpel jockey, or wordsmith, you’ve come to the right place.

We’ve got it all and it’s right here waiting for you with our free trial membership.

Top Ten Sales Jobs in Delaware
Let’s Get Social
Feel like getting in touch or staying up to date with our latest news and updates?
Related Posts
Latest In Work Relationships