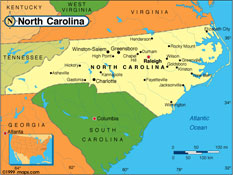 North Carolina’s Internet site for unemployment benefits crashed twice this week under a rush of claims.

The number of people trying to sign up online for new or continuing benefits was as much as three times pre-recession levels on Sunday and Monday, the state Employment Security Commission reported. That volume, together with a phone line problem, overwhelmed the agency’s computers and prevented some people from filing claims.

The system was working again by Monday afternoon after the ESC added another server.

The recession has pushed the jobless rate in North Carolina to 7.9% in November, the highest since 1983.

North Carolina’s ESC has about 300,000 people in its unemployment system and pays about $33 million a week in benefits.

Want to see which North Carolina jobs are available near you? Click here to see.