Home  » A Decline In Firings Can Prove Positive For Job Marketplace 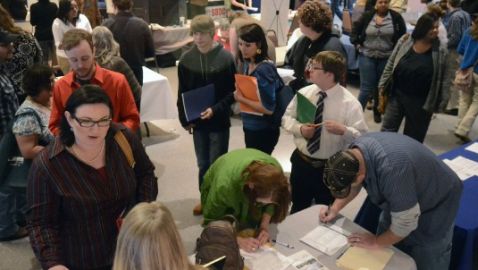 During last week, there were fewer people who filled out applications to receive unemployment benefits than there were since the recession. With fewer people needing unemployment benefits, it is quite possible that there will be more open positions and more people hired for those open positions. The number of jobless individuals decreased by a total of 32,000 individuals, reaching a total of 300,000 unemployed during that week, according to Finance & Commerce.

There has not been such a low number of unemployment applicants since May of 2007, a total of seven years ago. Back in May of 2007, the economy had not yet collapsed, but it did happen just a few months later. The economy took such a huge hit and many employers were put out of work, causing them to seek unemployment benefits.

Because the number of firings has declined, it is typically a sign that employers have faith in business. If they believed that they had too many people working with them, they would have to let some go. If they believe business is going to be booming and sales are going to be high, they can keep the employees they have around without having to fire them.

Most employers do feel optimistic about their sales, which means it is even possible that they will hire even more employees, along with keeping the current employees that they have. With plenty of jobs available and better income opportunities, consumers would feel more confident to make purchases because of the stability they now have, which is something they didn’t have during the recession.

An economist at Jefferies LLC, Thomas Simons, feels optimistic about the current situation for the labor market. Even with his optimism, it seems consumers are still a bit concerned. Due to the rising cost of fuel, Americans are not feeling as confident about their spending.

If the cost of fuel continues to rise, they might feel like they have to hold on tightly to their money to make sure they can afford fuel for their car, especially if they use it to get to work. A separate economist, Joseph Brusuelas, says that both low-income individuals and those with higher incomes might not feel as if they have enough spending power if the cost of gasoline keeps rising.

Other economists believe that while the jobless results seem to have lowered, it is best to wait a few weeks to see what happens, especially due to the Easter holiday that falls on a different date each year. Observing several weeks could provide more insight on how well the job market is doing and whether or not more people are getting hired with more jobs available. If improvements continue to be made, spending may be sustained and the economy will be able to experience positive growth.

Where can you find the most  jobs? Click here.