Home  » Mine Bosses Make Threats Of Layoffs Due To Strike 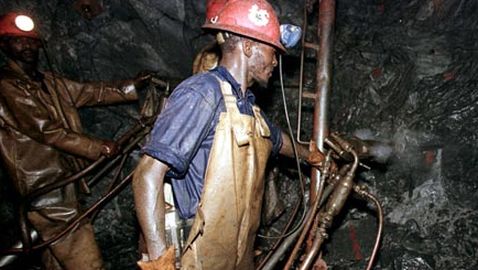 The South African government has worked feverishly to get mediation between the Construction Union and the Association of Mineworkers to happen. Unfortunately, their attempts have failed, and it seems that the strike is not going to end soon. With a lack of mediation or talks between the two groups, the platinum mining strike will continue on. The conflict had been ongoing for a few years, which eventually caused this strike to occur. It is because of the current strike that mine bosses have apparently lost out on $1 billion, according to Workers.org.

The Deputy South African President, Kgalema Montlanthe, held a meeting on the 27th of March. During that meeting, several representatives were brought together to discuss the current situation, including those who were representing the mine owners. The AMCU was not present during that meeting. During the same day, the AMCU held a demonstration in which they expressed their concerns and desire for an increase in their salary. They stated that the strike would end if the mine bosses would be willing to provide increases to the salaries of workers.

The strike first started during the month of January and has proceeded ever since. There are some concerns over the violence that has started happening ever since the strike first started. In the meantime, the mine owners seem not to want to budge, and are threatening layoffs if the strike doesn’t come to an end. Several mine bosses, including Impala and Lonmin, have started making threats because of this extended strike and the losses they have had to deal with as a result of it. If they do choose to restructure things, they could easily put hundreds of people out of work.

It is not unusual for layoffs to occur in this industry. In the span of 20 years, many layoffs have occurred within this industry, especially within the gold sector. South Africa was once the area out of all other places across the globe that produced the most gold. However, things have changed since then and South Africa no longer produces nearly as much gold as some other areas. The CEO for Amplats, Chris Griffith, claims that layoffs are bound to happen.

Griffith says it is possible that thousands of people would eventually be put of work. According to him, regardless of the exact number of layoffs, there will be some that definitely do happen. While the automobile industry has not yet suffered due to this current strike, if it doesn’t end soon, it will certainly suffer. The effects could be disastrous if the strike is not controlled.

Where can you find the most oil and gas jobs? Click here.

SAS Group to Make Sizable Job Cut
Let’s Get Social
Feel like getting in touch or staying up to date with our latest news and updates?
Related Posts
Latest In Work Relationships