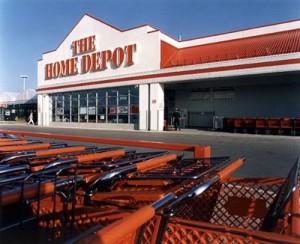 The Home Depot has been served with a lawsuit that claims two women were denied promotions and assigned to cleaning and other tasks at their store in Woodbridge, New Jersey, according to NJ.com.

Two separate lawsuits were filed, one by Debra Reinhart and one by Monica Trabachino. They both claim they were passed over for promotions in favor of younger men working at the store. Their supervisors told them “women do not work in these jobs” and “This is why you have women on the front end, because it’s their job to clean.”

Reinhart claims she was told “women clean better than men” when told to clean a greenhouse with temperatures of 110 degrees. One manager told Trabachino that Reinhart would not be considered for a promotion because “she has too many kids.”

Reinhart holds a bachelor’s degree and was selected to sit on an in-store committee put together to improve the store’s operations. Reinhart claims that despite all of this, she was denied five promotions since being hired in 2010.

“This young man had in fact been discreetly training for the position,” the lawsuit states. “Management deliberately hid this fact from three women.”

Trabachino claims she lost out on promotions to men with less experience twice. The lawsuit claims that a manager told her he believes “decorating and arranging merchandise in the store are women’s tasks.”

Trabachino said she complained to the corporate Human Resources Department about the issues, but all the store did was send the New Jersey Metro Regional Manager to the store to retrain managers.

The lawsuit states that the regional manager trained the store managers how to “write up every conceivable infraction committed by an employee so that sufficient documentation exists to justify not promoting an employee.”

Reinhart said she was fired after being injured on July 15, 2012 at work and then filing for disability.

“They fired me three months before my operation,” Reinhart said. “I didn’t realize I was terminated until my medical insurance was canceled.”

According to Trabachino, managers at the store increase their harassment when she filed a claim with the EEOC.

“No one would talk to me,” she said. “They left me alone in the seasonal department to work by myself. I’d tell them I can’t do the whole department by myself. They were hoping I’d mess up, but also they were giving me a harder work day.”

A spokesman for The Home Depot said, “Although both Ms. Reinhardt and Ms. Trabachino were interviewed and considered for promotions, their gender was not a factor in the decision not to promote them. We’ll share other facts in the proper venue and at the appropriate time, but we do not believe there is any basis for their claims. We have a strong commitment to maintaining and promoting a diverse workforce.”

Looking for jobs at The Home Depot Inc.? Click here.

Is It Legal to Refuse to Hire Smokers?
Let’s Get Social
Feel like getting in touch or staying up to date with our latest news and updates?
Related Posts
Latest In Work Relationships