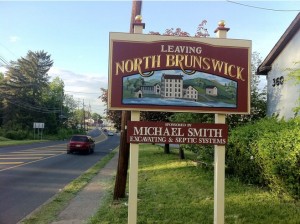 The mayor of North Brunswick, New Jersey is the center of a whistleblower lawsuit filed by Public Works Supervisor Mark LaMonica, according to NJ.com. LaMonica claims that he was retaliated against after trying to discipline an employee who has ties to the mayor.

The mayor is Francis Womack. Also named in the lawsuit are township Business Administrator Robert Lombard and former DPW Director Glenn Sandor. LaMonica claims that all those named in the lawsuit ignored the “inappropriate or illegal” conduct of some employees of North Brunswick.

In the complaint, multiple items are listed, including the following:

LaMonica said he received a demotion after trying to suspend Donald Salzman Jr., a public works employee. Salzman reportedly failed to perform assigned duties. He was also trying to suspend Salzman for applying Armor All to his vehicle’s brake and gas pedals.

“Armor All is an extremely slippery substance (and the application was) a criminal act, causing an extremely dangerous condition,” LaMonica claims in the lawsuit. The lawsuit was filed in March in Middlesex County Superior Court.

The lawsuit claims that the application of Armor All almost resulted “in an automobile accident which could have resulted in serious injuries or deaths.”

LaMonica told Sandor that he wanted to suspend Salzman for the act and for other misconduct.

“Sandor refused, stating he would only be receiving a warning, thereby diminishing (LaMonica’s) authority over his subordinates,” the lawsuit states. Salzman “was the son of a good friend of Womack, and the complaints about Salzman were not well received by Womack and other township officials.”

LaMonica said in the lawsuit that he was moved to an office in the basement in the buildings and grounds department. He also claims he denied overtime in his new job. The lawsuit also claims that the acts by the township violate the Conscientious Employee Protection Act, the New Jersey Civil Rights Act and caused emotional distress for LaMonica.

LaMonica is asking to be reinstated to his old job, is requesting front pay and back pay, unknown monetary damages, court costs and attorney fees.

Mayor Womack told NJ.com that the complaintes of LaMonica were investigated.

“He’s still a supervisor,” the mayor said. “He’s still in the same position in different areas of responsibility. He’s just where we need him right now.”

“I’m certainly not saying they were all valid complaints,” Womack said. “But the town took action – or at least an investigation was made – every time.”

21 Must Have Products for the Workplace
Let’s Get Social
Feel like getting in touch or staying up to date with our latest news and updates?
Related Posts
Latest In Work Relationships