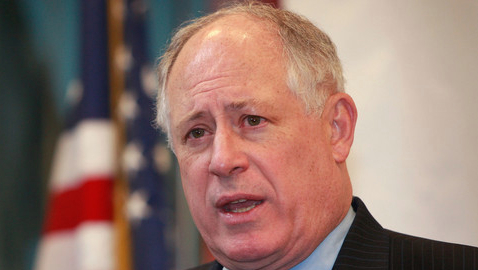 Summary: Illinois Governor Pat Quinn has agreed to stall layoffs at the state’s transportation layoffs until a hearing occurs before a judge regarding a hiring scandal.

A court agreement by Illinois Governor Pat Quinn’s administration has saved the jobs of some five dozen Illinois Department of Transportation employees, according to The Associated Press.

The lawyers for Quinn came to an agreement this week in Sangamon County Circuit Court to ignore the September 30 dismissal date for 58 ‘staff assistants’ until a hearing happens in front of a judge.

A spokesman for IDOT said that the agreement delays the decision to eliminate the position by Transportation Secretary Erica Borggren.

Quinn announced majors changes last month after a report about improper hiring in the Transportation department. A lawsuit was filed by the Teamsters union to block the job cuts. The teamster attorney, Don Craven, said the following in a statement:

“They’re certified employees, they’ve been in these positions for many years, doing everything that their managers have asked them to do at IDOT, and they’re entitled to keep their positions.”

A lawyer for the employees, Carl Draper, said that a status hearing is scheduled for late in the month of October.

IDOT spokesman Guy Tridgell said, “We are moving full speed ahead with overhauling the agency.”

The investigation was conducted by the Office of the Executive Inspector General and the report was released last month. The report found that over the span of 10 years, 255 people were hired into the assistant’s position using improper maneuvering to surpass rules designed to keep political considerations from any decisions on hiring.

The governor’s office said that the practice dates back to 2003 and the administration of former Governor Rod Blagojevich. Quinn said that he did not know of the practice, but ordered an audit to review the practice when he was informed of it in August of 2013 by a report from Better Government Association, a watchdog group.

The government layoffs have not been taken off the table yet.