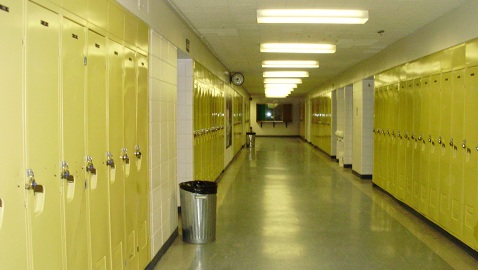 Interim Superintendent Luvenia Jackson has not been on the job long but is already making waves as she ordered an audit of the Clayton County Public Schools Human Resources Department.  The goal of the audit will be to investigate the changes that her predecessor, Edmond Heatley, made, according to the Clayton Daily News.

Jackson was given her title earlier this month and is making one of potentially many big decisions in the district.  The order for the audit came on October 3.  Jackson has called upon two former Human Resources employees to sift through the switches that were made by Heatley as part of her budget slashes.

The auditors plan to peer into the district’s Management Information Systems Department.  Ex-Assistant Superintendent of Personnel Ed Scott and Former Chief Personnel Officer Jackie Hubbert will head up the audit.

Since the Human Resources and Management Information Systems have had the biggest makeover in the district the past several years, it has become the focal point for the upcoming audit.

The initial audit is the first of many that Jackson will conduct.  It is unclear as to what other departments will be under the microscope, but it has been confirmed that others are on the way.

With the first one scheduled to finish at the end of the month, Hubbert and Scott will relay their observations to Jackson.  As of now, no plans have been made to share their observations with the Clayton County Board of Education.

The audit is not being conducted because of any skepticism of crime or violation.  No certain records are being searched for either.  It is merely a look back at policies and systems inside the department to verify that everything is in accordance with the modern board protocol and state procedures.

The human resource department has seen constant transformation and switches since Hubbert left her post four years ago.

Before she left, Hubbert was in charge of HR in the district for multiple school years.  Larry Conner followed her and was axed in 2009 in order to remove all school officials who were originally hired by former Superintendent John Thompson.

After Conner left, Doug Hendrix, the current Chief of Human Resources, took his spot.  Believe it or not, he was brought in by Valya Lee, the district’s most recent interim superintendent.  While Heatley was in charge, the department’s personnel and configuration altered on several occasions.

According to a school spokesman, no personnel changes will occur unless the auditors find something odd.