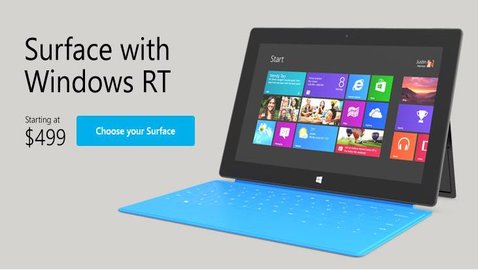 A California based lawyer, Andrew Sokolowski felt cheated and embittered when he found that the Microsoft Surface Tablet he brought, on the presumption that it had 32 gigabytes of storage space in actuality had only half that space.

What was further cause for agony was that he had been enticed to buy it by the misleading Microsoft ad that claimed that the tablet had 32GB storage space.

Deciding to take the company to task for his disappointment and chagrin, the lawyer has commenced legal proceedings against them. Seeking a class action suit, the lawyer has filed a suit at the Superior Court in Los Angeles. He has alleged that the company is indulging in false and untrue advertising and that its business practices were not above board but were distinctly unfair.

Sokolowski claims that he was surprised to find that he ran out of space, rather quickly, after loading some music and some Microsoft Word documents. Upon inspection, he found that the appliance did have the promised 32GB storage space, but 16 GB or 50 percent of it was being used by the operating system and pre-installed appliances.

Microsoft said that customers who are user-friendly and know about such appliances know about how the operating system works and that pre-installed applications exist in-house within the device.

Moreover, says the company, it is mentioned on their website that the 32GB Surface has 16GB of free space while the 64GB version has 45GB free. The website contains this statement: “The 32 GB version has approximately 16 GB free hard disk space, because some of the disk space is used by built-in apps and by the Windows features that can help you protect and recover the stuff you store on your Surface.”

However Sokolowski’s lawyer says that this information is discreetly hidden within the site and unless someone is specifically looking for it, will be hard placed to find it.

Regular users of such appliance say that the lawyer is wrong in taking the company to court as he should be aware that the storage available to the user is minus the space that is already occupied by applications, without which the appliance would be rendered redundant and useless.

They say that users, who find 16GB insufficient for their needs can just get a 64GB microSD card, that will more than double what they had bargained for.

Experts say that even though it is correct that part of the space will be used by operating systems, built-in applications and Window recovery requirements, the company’s premise that all combined it has 32GB storage space is erroneous. The space is actually 29GB, of which applications consume 8GB and the windows recovery system accounts for the remaining 5GB, leaving 16GB for the user to utilize.

The reason why 29GB becomes 32GB in the Microsoft’s estimation is because their calculations are based on the fabrication that 1000MB equals 1GB.

It seems that Surface is not alone in adopting this sales-promotion practice. The iPad, which promises 32GBs, delivers only 28GBs of free storage space.

Whatever be the technical nuances that find the lawyer getting short shrift, but a 50 percent discrepancy is not easy to digest. Moreover, the company had been touting its 32GB Surface RT as a tablet that could double as a laptop, giving credence to Sokolowski’s claims that the company’s ad were stage-managing the truth.