Home  » When You Are Laid Off Instead Of Your Coworker 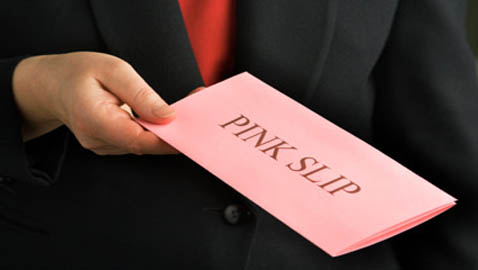 Companies lay off workers for a variety of reasons, financial constraints or restructuring the labor force, being two of the prime reasons.

But if you find that you have been laid off, but your colleague who is far less experienced than you and most definitely an inferior workers does not get the axe. Is it justified?  Is it right?

It may not be right but it is certainly normal for companies to behave in this manner. It is not like the company enjoys sacking a worker, least of all, one who is experienced and has been with them for some time. But they have their reasons and they probably feel that sticking with the other employee will probably serve their interests better than sticking with you.

Sometimes business decisions seem biased and illogical and hard to understand, but there is no doubt that a lot of thought and deliberation goes into the sacking of a good employee, for it means taking away his source of income and no one likes doing that.

What must have happened in your situation, one in which you feel that you have been prejudiced against, is that being an older hand and having had a longer tenure than the other younger workers, you were probably drawing a higher salary than him. By sacking you and staying with him, they can save more money.

Another thing that has probably not gone in your favor is that you have been in the same position for so many years without promotion. Your, not being promoted reflects on your ability to innovate or learn new skills. Mind you, I am not saying for a moment that you don’t have it in you, but the fact remains that you stayed where you were. The management may have felt that you have reached the peak of your productivity levels and are now at a saturation point and any chances that at this stage in your career you will learn new skills are bleak.

Maybe, you have become so attuned to working in a particular way, to a particular routine that you will not take too well to any change, whereas the younger worker may not resist change and adapt to any restructuring that the company may want better than you.

While it is not proper to question your assessment of your co-workers capability, but there is hardly a worker who does not think highly of himself, whilst thinking that the rest are drawing salaries for doing much less, or at least not as competently. The management’s assessment of the workers could vary from yours. Maybe he is doing something that you find absolutely ludicrous, but the supervisors think of as brilliant.

Do you realise that since both of you were doing similar jobs and now that you have been laid off, he will have to burden your share of the work until they find a replacement.  It is quite possible that the management did not see you as capable of doing both the jobs, or felt that your co-worker would do it better than you.

It is not that you are wrong in your perception or that the management is perfect and cannot make mistakes. It may also be true that you are better than your co-worker and your strength has become your biggest enemy as the management may find your qualities intimidating. You could also have certain traits, like complaining, whining, gossiping that the management find irritating and feel that even if it is going to hamper productivity, in the longer run the workplace, without you, would be a happier place to work in.

No one should be complacent and assume that this is the last job I will hold and this is where I am going to spend the rest of my working life. Always be prepared to move on, as the management may not be sharing your feelings.

It’s best not to feel bitter. Remember the good times you spent here. You will also need a reference from your bosses and it always pays to leave on a good note. It would be gracious on your part to congratulate the co-worker on his promotion and thank everyone for the wonderful time you had at the workplace.

Don’t whine and moan about the unfairness of the situation. Instead seek their help to find another job. In your situation, they will be more than happy to help a former colleague.

Telecommuting Doesn’t Work for All Jobs
Let’s Get Social
Feel like getting in touch or staying up to date with our latest news and updates?
Related Posts
Latest In Work Relationships
BCG FEATURED JOB