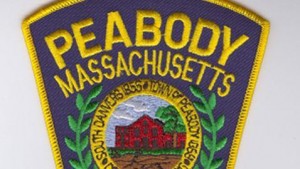 The Peabody City Council has voted by a count of 8-1 to remove the police and fire chief jobs from the civil service jurisdiction, following a recommendation from the mayor, according to The Boston Globe.

The vote occurred just months prior to Police Chief Robert Champagne retiring on June 1. The city will need a new police chief for the first time in 25 years. Even though the chief positions will be removed from civil service jurisdiction, Mayor Edward Bettencourt noted that the entire departments will not be removed.

“This isn’t an attack on civil service,” said Bettencourt at a City Council meeting Thursday night. “I believe there must be an alternative vehicle that takes into account the applicants’ overall skillset.”

Bettencourt noted that by removing the chief positions from civil service jurisdiction, he will be able to choose from the most qualified people for those two jobs.

“Relying solely on a test score is not enough,” Bettencourt said. “I don’t want to be locked in choosing the top highest scorers under the civil service requirements.”

“It is certainly conceivable that there could be a chief that isn’t exhibiting any of those three traits,” Bettencourt said. “However, [it] is nevertheless failing to do the job. I do not think this would be good for the overall morale of the department.”

The only councilor who opposed the motion was Peabody City Councilor Anne Manning-Martin. “I don’t think it’s fair and I think it will have a detrimental effect,” Manning-Martin said. “It could take away promotional opportunities from within the department.”

Manning-Martin also said that money is a factor: “I don’t feel like the mayor gave a compelling reason to change the way we were doing things when everything he was looking for was already available to him in the civil service process that we have. We don’t have any indication of what the cost is going to be to the city with respect to this new process. And I believe it will be costly, but I haven’t been given any number.”

Dave Gravel, a Councilor at Large, said he is in support of the mayor’s idea as long as there is a fair hiring process planned.

“What I want to see is that there be some criteria established, which he indicated that he is going to provide,” Gravel said. “I just want it to be, whatever it is, that it be fair for all employees so that everybody has an opportunity to apply.”

EEOC Sues Wal-Mart for Age Discrimination
Let’s Get Social
Feel like getting in touch or staying up to date with our latest news and updates?
Related Posts
Latest In Work Relationships