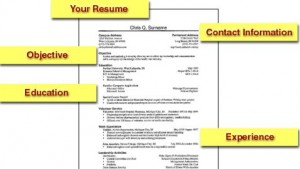 Believe it or not, providing false information on a resume is more common than many people might think. According to a survey conducted in July of 2012 by Accu-Screen, Inc., ADP, and The Society of Human Resource Managers, more than 50 percent of resumes and job applications had falsified information on them.

The exact percentage of resumes or applications that contained false information fell at 53 percent. That is quite a shocking number if you were not familiar with falsified data on resumes. What is even more shocking is that 70 percent of college students surveyed said  they would lie on a resume in order to obtain a job they want to work at.

So, though there is a discrepancy between the data reported by the AOL Jobs survey and the survey conducted in 2012 by the organizations mentioned above, it seems as though lying on resumes is more prominent than many think.

If EITC Were Extended To Childless Workers, 300,000 Would Escape Poverty
Let’s Get Social
Feel like getting in touch or staying up to date with our latest news and updates?
Related Posts
Latest In Work Relationships