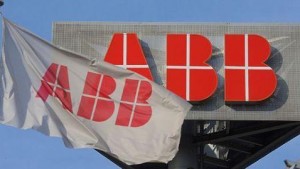 According to Tulsa World, ABB announced that it will add 265 jobs to its facility in Bartlesville, Oklahoma. The addition of the jobs are coming with the help of local and state incentive money from a plan that was approved by city officials today.

Bartlesville Development Corporation approved a proposal that would expand the ABB facility in Bartlesville Industrial Park by 100,000 square feet. The reason for the expansion is so the company can meet the increasing demand for natural gas measurement equipment.

The upgrade to the facility will cost $14 million and the company will add 250 jobs in the engineering and manufacturing sectors that have an average annual salary of $75,000 for the next decade.

“The strength of the oil & gas market – specifically unconventional drilling activity – has provided our business a great opportunity for growth in recent years,” ABB General Manager Gayle Lester said. “We have been successful in making the most of this opportunity and are very excited to be able to expand our local facility to meet the increasing demand from customers.”

ABB is a multinational corporation that has its headquarters in Zurich, Switzerland. There are 140,000 employees across the world at the company, which has offices in 100 countries.

In 2000, Bartlesville Development Corp. financed a $5 million construction project for a 68,000-square-foot facility in Bartlesville Industrial Park. The project was for ABB to have 150 employees who work on developing natural gas measuring products. The number of employees at the location for ABB is expected to double over the next 10 years because of the new jobs.

The new project was proposed just this week and it will expand the original building for a third time. All three times it has been expanded to support increasing operations from the company. The incentive plan has to receive an endorsement from the Bartlesville City Council as well. Groundbreaking for the expansion is scheduled to occur in April.

It was announced in December that ABB plans to increase its Totalflow product line with the factory in Bartlesville. The sales team from the company would also take over the lead in increasing the business for the oil and gas industry at the company. The plans were discussed in a corporate press release. The plans are “to rapidly expand their offerings in the oil and gas industry in 2013 with a product expansion.”

“BDC has been working collaboratively with ABB on this for over a year,” development corporation president David Wood said. “ABB continues to be a solid community partner, and we are delighted to see these new, high-wage jobs come to Bartlesville.”

The Best and Worst Paid Jobs in Education
Let’s Get Social
Feel like getting in touch or staying up to date with our latest news and updates?
Related Posts
Latest In Work Relationships