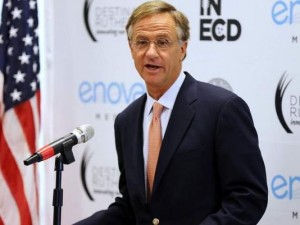 It was announced this week that the medical device firm Enovate Medical will move its corporate headquarters to Murfreesboro, Tennessee, according to The Tennessean. The move for the company’s headquarters will bring an investment of $13 million to the region and create 410 jobs. The move is occurring because the company is consolidating its operations from a Canton, Michigan location.

The location in Michigan will close by the end of October. That location has 140 employees and they have all been given the chance to relocate to Tennessee. The company also said that it plans on hiring locals from Rutherford County. The corporate staff and the research and development operations of the company will also move to the Tennessee location.

Right now there are 170 production employees at the company’s location in Murfreesboro. The company said that the number of production workers will double once the move is complete.

“I want to thank Enovate Medical for investing in our state and creating these high quality jobs for Middle Tennessee,” Tennessee Gov. Bill Haslam said at the announcement. “The medical device industry is an important and growing part of our state’s strong economy, and today’s announcement supports our goal of becoming the No. 1 location in the Southeast for high quality jobs.”

The company provides mobile and wall-mounted clinical workstations for organizations in the health care industry. It has been named one of the fastest-growing companies in the United States the past four years by Inc.

A tax incentive plan announced in March by the Rutherford County Industrial Development Board will boost the bid to grow Enovate in Rutherford. The plan is called Project Hammer. The plan has a claw-back provision and will abate the property taxes for Enovate for a 10-year period.

For the first five years at the location, Enovate will not pay any property taxes. The property taxes will slowly increase for the next five years, with the company paying its complete burden by the end of the 10 years. Brian Hercules, the vice president of economic development for Rutherford County Chamber of Commerce said that the abatement totals $750,000.

The company’s CEO is Nick Mendez.

“The team at Enovate Medical is excited to announce the next step in our journey,” Mendez said. “The expansion will include our corporate headquarters, manufacturing, and R&D facilities located in Murfreesboro.”

The jobs will be added to the Murfreesboro location over the next five years. Jobs that Enovate will be hiring for include management, manufacturing and office positions.

9 Questions to Ask Before Working at a Startup Company
Let’s Get Social
Feel like getting in touch or staying up to date with our latest news and updates?
Related Posts
Latest In Work Relationships