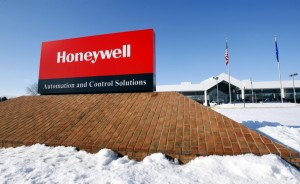 The CEOs of two companies with headquarters in New Jersey are on the top 50 highest paid CEOs in the country. The executive pay research firm Equilar and the Associated Press compile the data.

Honeywell International, which is headquartered in Morristown, paid its CEO, David Cote, $26 million in 2013. This was a 63-percent increase from his 2012 salary. He is number 14 on the list. The company is a Fortune 100 company that manufactures aircraft engines, barcode scanners and much more.

Celgene, which is headquartered in Summit, paid its CEO, Robert J. Hugin, $21 million in 2013. This was a 99-percent increase from his 2012 salary. The company operates in the biotechnology industry and develops treatments for cancer and other severe illnesses. Hugin has been the CEO since 2010.

The highest paid CEO in the country was Anthony Petrello from Nabors Industries. Petrello was paid $68.2 million in 2013, which is a 246-percent increase from his 2012 salary. The company is headquartered in Hamilton, Bermuda, but its operations occur in Houston.

For the first time last year, the median pay package for a CEO climbed above eight figures. A CEO makes 257 times the average worker’s salary. This is an increase from the 181 times in 2009.

The owner of TJ Maxx and Marshalls, TJX, had the highest paid female CEO in Carol Meyrowitz.

The top 10 highest-paid CEOs are as follows:

Looking for high paying jobs? Click here to browse all 100K jobs only on Granted.com.

Duck River Dam Second Phase to Add 50 Jobs to Cullman Region
Let’s Get Social
Feel like getting in touch or staying up to date with our latest news and updates?
Related Posts
Latest In Work Relationships