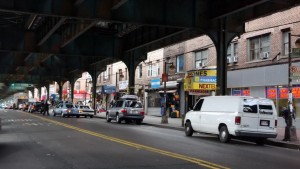 The state legislature in Albany is working on passing new legislation that would target employment agencies that take advantage of low-wage workers, according to the New York Daily News.

A new set of rules will be put into place if the legislation passes in an effort to expose companies that are fraudulent to civil lawsuits.

“Roosevelt Avenue is the epicenter of where this is happening,” said Assemblyman Francisco Moya (D-Jackson Heights). Moya introduced the bill to the legislature. “We have to take the necessary steps to make sure we can eradicate that.”

The Department of Consumer Affairs sees 30 percent of its complaints come from Queens, according to data from LatinoJustice PRLDEF. This is the highest rate in the city.

These agencies have been targets of investigations in the past by state and city authorities for their fraudulent practices. Those practices include connecting workers to jobs that pay under the minimum wage, sending workers to companies that are not hiring and providing false guarantees of placement in jobs.

“The low-wage immigrant population, they rely on employment agencies for work,” said Jessica Garcia, an organizer with New Immigrant Community Empowerment. “Unfortunately, they get taken advantage of.”

There are more than 300 licensed agencies that operate in the city. Reports indicate that the attorney general’s office started an inquiry in 12 of them in Queens.

Tired of fake employment agencies? Why not try Granted Concierge service and save time and money on your job search.

University of Northern Iowa Considers Dropping Work Hours for Student Employees
Let’s Get Social
Feel like getting in touch or staying up to date with our latest news and updates?
Related Posts
Latest In Work Relationships