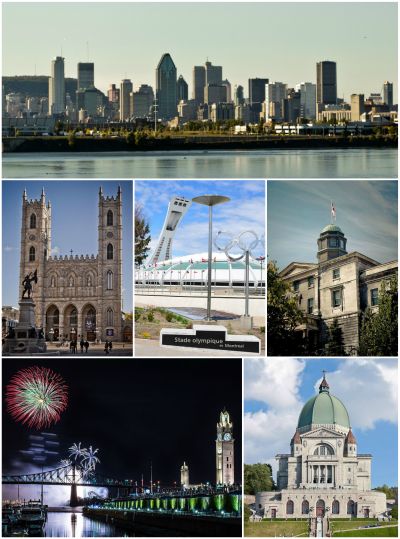 Arrival Montréal isn’t quite “Paris without the jet lag,” as it’s often described, but there’s no arguing the city’s European flair. Sidewalk cafés spill out of 18th and 19th century buildings onto cobblestone streets, and the warm aroma of freshly baked croissants and pungent from age wafts from tiny shops. After a period of decline, Montréal is enjoying an explosive renaissance: Stylish hotels are cropping up in every neighborhood; talented designers are opening edgy boutiques; and creative young chefs are remaking the city’s traditional French cuisine. Even visitors in town on someone else’s business should seek out some pleasure of their own.

There’s a reason no one has ever ordered Canadian takeout: When you’ve got French cuisine, why invent your own? At Toque!, the city’s indisputable top restaurant, celebrated chef Normand Laprise dishes up haute entrees like seared foie gras and curried sweetbreads. Other excellent spots include Cavalli, The Globe, Prima Donna, and sushi den Petit Treehouse (request a second-floor tatami room for a traditional Japanese experience).

Montréal is a city of neighborhoods best explored on foot. Le Plateau, an eclectic area with working-class roots, claims to be the district with the fewest cars in North America (bicycles are preferred). It’s home to Boulevard St-Laurent, usually referred to as The Main. Historically the dividing line between French and English Montréal, this lively stretch of shops, cafes, and bars achieved trendy status in the mid-’90s when decor boutiques started appearing and The Main became Montréal’s unofficial interior design center. Where high design appears, hipsters follow: St-Laurent is always hopping, whether with locals sipping espresso and reading the morning papers or with the after-work suits loosening their ties during happy hour.

Svelte Montrealites congregate at Orchid, a Latin-flavored dance club with expensive drinks and a choosy doorman (only the best-dressed clubbers will be admitted on Fridays). There’s also the very upscale, big-spender magnet Upper Club; and Buddha Bar, a funky new lounge where younger fashionistas drape themselves over plush couches and nibble on sushi. A Go Go is a bar where twenty-something hipsters dance in place and fight for the attention of the gorgeous bartenders.

Montréal is famous for its smoked meat sandwiches-ordered medium rare, s’il vous pla”t. Schwartz’s is the most famous sandwich maker in town, using the same spices as it did when it opened its doors in 1927. The long wait is worth it. Other popular vendors include The Main, Lester’s, and Ben’s, perhaps the oldest smoked meat purveyor in the city.

Image Credit: Montage of images of Montreal made by Jolenine and used under CC BY-SA 3.0 License

Duck River Dam Second Phase to Add 50 Jobs to Cullman Region
Let’s Get Social
Feel like getting in touch or staying up to date with our latest news and updates?
Related Posts
Latest In Work Relationships