Home  » Should You Accept a Promotion Late in Your Career? 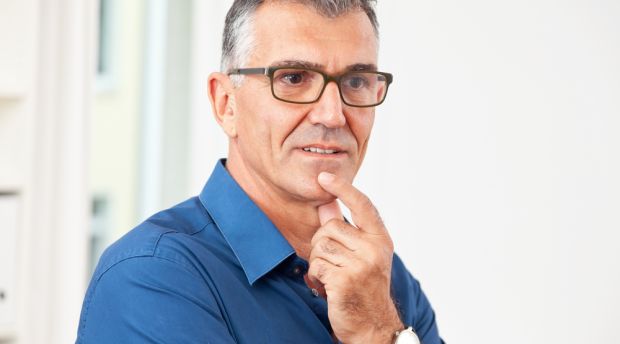 Summary: If you’re late in your career and have recently been offered a promotion, should you consider accepting it? Are you sure? Learn what you should do in this situation.

What should you do if you receive a great job offer close to retirement? If you’re like a lot of managers, you may have mixed feelings. While you’re flattered to be asked, you aren’t certain if you want the stress and strain that accompanies the challenge.

Contrary to the perception that older job hunters can’t find work, some seasoned managers receive exceptional job offers just when they’re thinking about slowing down. Some companies are intentionally tapping able managers who may have been passed over for promotions in the past for new roles that require maturity and commitment.

But many older managers are understandably leery of accepting promotions at this point. Some are cynical about late-in-life job offers not because they’re burned out, but because they’ve had to live with rejection in the past.

Is It Worth It?

Others wonder if they’re being set up for failure and if the risk is worth the reward. Some organizations may ask older managers to take on politically-charged assignments that no one else wants, says Marjorie Simpson, a 55-year-old benefits professional in California. She was offered and accepted such a position with a consortium of colleges in southern California. Being offered the high-level benefits position seemed too good to be true, especially since it came at a time “when I thought my age had dead-ended me,” Ms. Simpson says.

Not long after she began work, though, she discovered she’d walked into an impossible situation. “The place was a mess, and it became clear that I had no job security,” she says.

After spending three years trying to resolve numerous situations, she decided to return to her former position.

“Anyone in my age group who’s offered a big promotion should think twice about why the offer’s being made,” says Ms. Simpson. “Very often it’s to fix something that’s gone wrong. But the work sometimes ends up causing bad feelings and offending some people, and when you’re done, you get no thanks for the hard work.”

Other managers who take challenging jobs late in life say the strain of the assignments ruined their health. Indeed, stress can be particularly harmful to older people, says Gene Waters, a psychiatrist in Arkansas. While many older managers know how to cope with pressure, those who tend to internalize stress should avoid it, says Dr. Waters.

“The reality is that a very stressful job may be much worse for your health later in life,” he says.

Those who feel late job offers aren’t worth the aggravation may be in the minority. Regardless of age, most executives still dream about succeeding at an exceptional job, says Bill Holden, former executive director of a foundation St. Paul, Minn.

“Anyone who’s experienced what you can really do as a manager is always open to new opportunities,” he says.

This doesn’t mean that you should accept a new job without first researching the employer and understanding its expectations. “But if older managers asked my advice about taking a new job, I’d say that if their health is good and they have the drive and desire for new experiences to absolutely go for it,” he says. “Nobody I’ve met wants to go into retirement having turned down a great job opportunity.”

When thinking through your decision, consider whether you’ll regret declining a great offer because it seemed too risky or interfered with your planned retirement date. Many managers who turn down challenging assignments late in their career feel sad about the decision later on. They count the days until their retirement, but as the date nears, they realize that they want to continue working and wish they’d taken the promotion.

How likely is it that you’ll feel this way? More than half of men surveyed at 40 sought job advancement, while only one-fifth of men at 50 had this aspiration, according to a study conducted in California by the MacArthur Foundation Research Network on Successful Mid-life Development (MIDMAC). The researchers believe this shift in ambition between 40- and 50-year-olds is due to greater interest in family life and personal growth.

Minority executives may be the exception. Many experience job discrimination throughout their careers that bars them from gaining promotions, says Nathan Clark, CEO of a large chain of residential-care facilities in Southern California. “If we didn’t take promotions late in life, very few of us would have the improved salaries and benefits that offer us security in our later years,” he says.

Given these arguments, what should you do if you’re offered a great job within a few years of retirement? Here are some guidelines to help you with your choice:

If so, accept the challenge. “Getting up early in the morning and facing a lot of stress and pressure as soon as I walk into my office is the worst grind I’ve ever experienced,” says an older manager who took on a new job. “But sitting around in my old job doing the same boring work I’d been doing for 20 years was burning me out. I’m glad to see the weekend come, but every day is a high for me. I feel satisfied that I’m getting a chance to show what I can really do.”

Are you being set up for failure? Is the organization taking advantage of you because of your strong work ethic and loyalty? If you think your superiors’ motives are good, don’t fear taking the assignment, says Mr. Howie.

Your retirement benefits often are based on your final salary, and if you receive a significant increase, your retirement years may be more comfortable. You also may be able to retire earlier than you planned.

Boredom creates its own physical and emotional stresses. If the boredom and predictability of a current job or retirement are as stressful as the excitement and challenge of a new position, you may want to accept the challenge.

“Retirees can develop serious emotional problems [if] they feel bored and lonely without work,” says Dr. Waters. “My feeling is that you should continue working as long as your health permits. The more exciting and challenging the work, the better most older people feel about themselves before and after they retire.”

“In a job market where everyone is at some risk of losing their job, you have to be proactive and take the offers as they come,” says Dr. Waters. “If you don’t, you may find yourself without work at all.”

But there may be equally valid reasons to not accept a job offer late in life. For instance, if you don’t have a strong desire for new work challenges or your energy is low and can’t be replenished, don’t take on a new assignment. It’s also not a good idea if your health is an issue and the job is so stressful that it will have a physical effect.

If your level of cynicism about corporate America is high, you probably should decline. Taking a new job also isn’t wise if you believe the company will replace you soon. As an older manager says, “Who needs to experience more rejection so close to retirement?”

Deciding to take on new responsibilities late in life isn’t easy. Health factors, monetary rewards, your energy level and the long hours are issues you should weigh in the decision.

But if a new position satisfies your desire to achieve and leads to a better life before and after retirement, older managers advise considering the new position. Discuss the offer with family and friends before accepting. Taking a new position at this point will likely change your personal life. Those close to you should be involved in your decision. 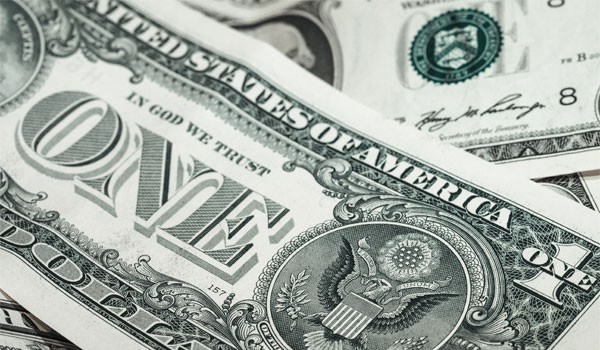 Talk to Strangers to Find the Perfect Job 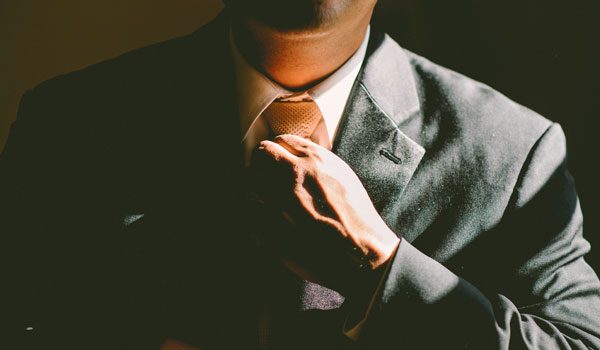 How to Advance Your Career without Earning an Advanced Degree 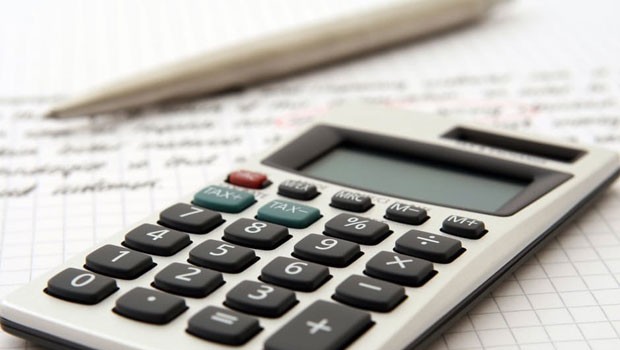 Career Advice for a Credit Analyst Looking for Something More 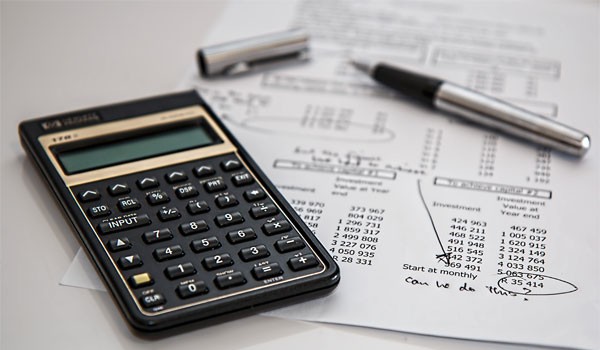 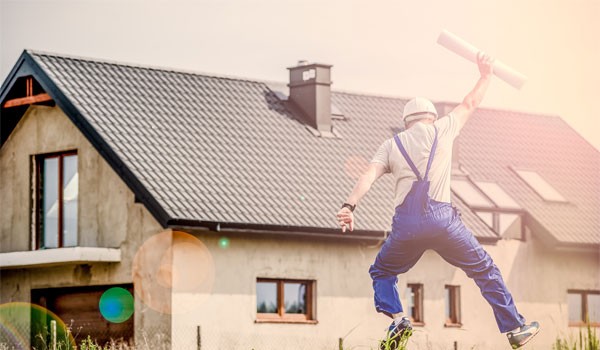 Should You Leave a New Job for a Dream Job? 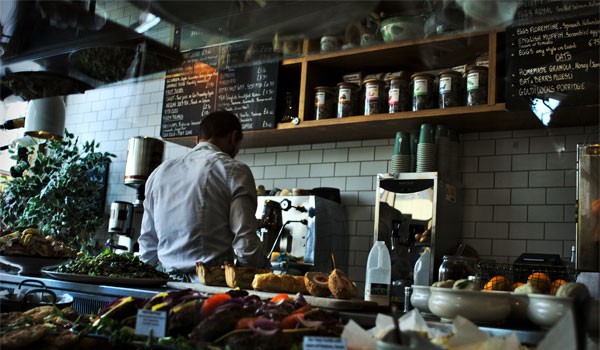 How to Use Family Business Experience to Get a Job 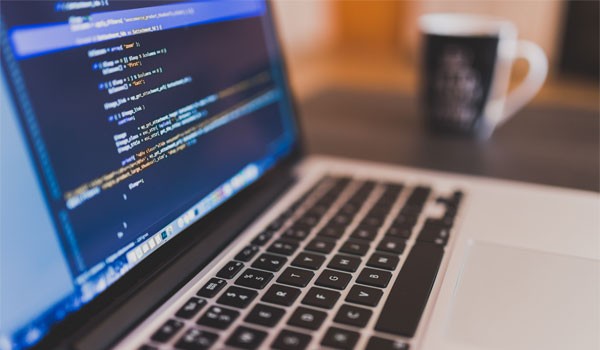 Is It Too Soon to Look for Another Job? 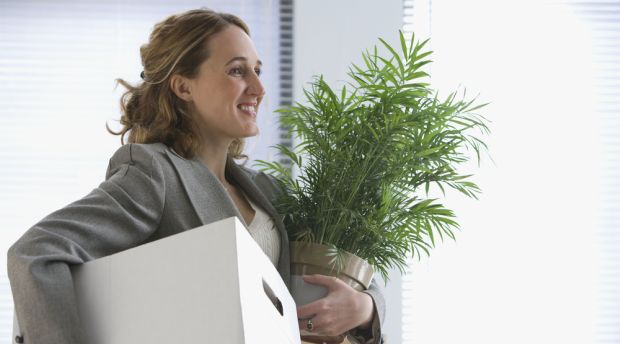 Ask the Genie: Employee Wonders How to Transfer Departments
Let’s Get Social
Feel like getting in touch or staying up to date with our latest news and updates?
Related Posts
Latest In Work Relationships