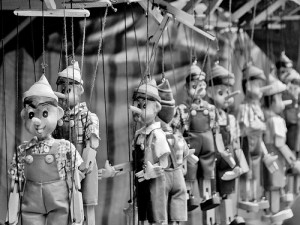 People who know Herman and Roma Rosenblat say that they are the most “gentle, loving, beautiful people.” Even so, they found a way to persuade the publishing industry, film producers, journalists, online audiences, and even Oprah into thinking that their story of meeting across a barbed wire fence at a Nazi concentration camp and then again on a blind date in the US was true. On Saturday, Herman Rosenblat acknowledged that the story of how he met Roma was, indeed, fabricated. Berkeley Books canceled the publication of Angel at the Fence, the forthcoming memoir planned to be released in February. Why did the Rosenblats lie, when surviving the Holocaust and over 50 years of marriage are considered amazing feats in themselves?

In a nutshell, he fibbed a little in order to better spread his message. “I wanted to bring happiness to people. My motivation was to make good in this world, ” according to Mr. Rosenblat.

Unfortunately, making lots of people feel foolish for buying into your story doesn’t produce said happiness, especially after James Frey’s memoir A Million Little Pieces was also revealed to be largely fictional in 2005. Oprah endorsed that one, too, so I’m sure she’s more than a little ticked about the deception.

So what’s the lesson here, folks? We know that Google et al. has a long memory. When tempted to fake biographical information on resumes and job histories. . .remember that there are lots of skeptics out there who can and will check the facts about you. Being straightforward at the very beginning of your job search ensures you won’t have to do some uncomfortable explaining later on.

No lying, we give you all the facts at EmploymentCrossing, where you can find tons of jobs that match your area of expertise.

Detroit Declares Bankruptcy
Let’s Get Social
Feel like getting in touch or staying up to date with our latest news and updates?
Related Posts
Latest In Work Relationships