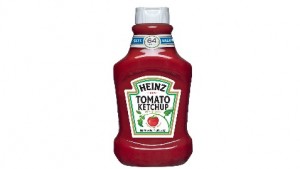 The way the new owners of Heinz talk about the situation, it sounds almost like a good thing that the world’s largest ketchup maker is eliminating 600 jobs across North America. Heinz was sold for $28 billion to Warren Buffett’s Berkshire Hathaway Inc and private equity firm 3G Capital earlier this year. They have already begun to cut jobs by about 10 percent, leaving 6,000. Those lost will all be white collar jobs, with 350 layoffs in Pittsburgh. Job seekers should look elsewhere.

It almost sounds good when Mullen says it, as if 600 were sacrificed for the greater glory of Heinz. Whatever the case, there will be a few more job-seekers looking for alternatives to condiments to pay for their condos.

“As part of our transition to a private company, the senior leadership team has examined every piece of our business to better position Heinz for accelerated growth in a very competitive global market,” said Mullen.

“Unfortunately, this process [if streamlining] resulted in a number of difficult but necessary organizational changes, including the elimination of 600 office positions across the U.S. and Canada, including 350 in Pittsburgh. We regret the impact this has on Heinz employees and their families.”

New Hampshire Jobless Rate Increases
Let’s Get Social
Feel like getting in touch or staying up to date with our latest news and updates?
Related Posts
Latest In Work Relationships