Home  » Who is Edwin Schaap and Why Should you Care? 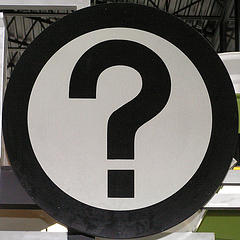 YouTube’s enduring legacy won’t be hamsters eating popcorn on pianos, scary Britney Spears imitators or even Failblog’s truly excellent channel. It, like every other medium since Gutenberg, will endure by those who best made it work best for them. Ladies and gentlemen, we give you Edwin Schaap.

Edwin Schaap is famous (if you judge 1,840,025 views of one of his videos to qualify for fame, which we do). He’s also about 10 years old. OK, we’re exaggerating, he’s 19, but we aren’t 19 anymore, so we’re bitter. And why is Edwin Schaap famous? Well, for two reasons: First, his pretty brilliant animation video called “Robby” and, more importantly, that he is a guy who found out what he wants to do with his life very early.

Here is an interesting TV story on him.

Edwin Schaap is from The Netherlands (NOT Hollywood, New York or Silicon Valley) and produced “Robby” in about eight weeks in his evening, non-school hours.

Here is the “Robby” video, as well as Edwin’s YouTube Channel

In addition to his rather remarkable video visitors, he probably holds some sort of record for the most polite and encouraging comments on any given YouTube video. Now THAT’S an accomplishment! More than one have told him to contact Pixar, and he’s reported to have job offers from all over the world.

So….before you cave into some of the Seven Deadly Sins and spout something about how lucky or gifted he is and do nothing else, how about plugging into what it is you REALLY want to do – and do it. It’s likely to make your eight-hour workday more like heaven than hell…

Who is Edwin Schaap and Why Should you Care? by PRGUY222
Tags: animation, Edwin Schaap, passion, Pixar, plugging in to what you want to do, pursue your dreams, Robby, YouTube
Tweet Like Plus Pin It Share

South Carolina Sets Employment Record in 2013
Let’s Get Social
Feel like getting in touch or staying up to date with our latest news and updates?
Related Posts
Latest In Work Relationships