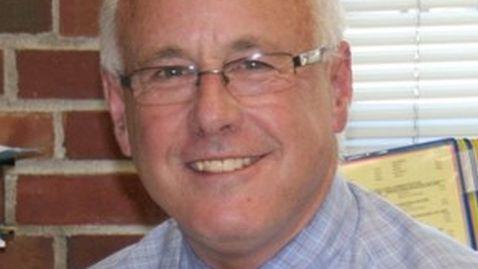 Roberts is originally from the Pasadena, California area and prior to working for the South Kitsap School District, he was working for the Bremerton School District. According to Bev Cheney, Roberts helped to create very strong relationships between the district and its staff members, along with the entire association. Cheney said, “He was very active in the community, so he models as well the partnership with community and working together.”

Roberts was responsible for administrative work but he also participated in the Partners in Learning Success program. While participating in the program, he was mentoring a number of different students throughout the school year. Roberts has said, “That’s been very fun and very rewarding.” He enjoyed being able to work with different student and also enjoyed his responsibilities within the human resources office. Robert says, “I think what I’m proud of most is our employees and the process of how we select them, and how we select our administrators.” He believes that even though he is leaving, the district is full with strong principals and directors who will be able to create a united and stable foundation for the entire school district.

In the meantime, Cheney says she will be searching for someone who can fill the position that Roberts is leaving. The district is currently looking for someone who has extensive knowledge of public education and knows how to collaborate well with the district while also supporting the students. Cheney believes that dealing with change is definitely a struggle but is happy for Roberts nonetheless. She says, “We’ve got a strong board to set the direction, and good, strong, wonderful employees. While we will miss Greg Roberts and wish him the very best, we will continue moving on forward.”