Home  » Did Supervisor “Set Up” Salesperson to Fail for a Reason to Fire Him? 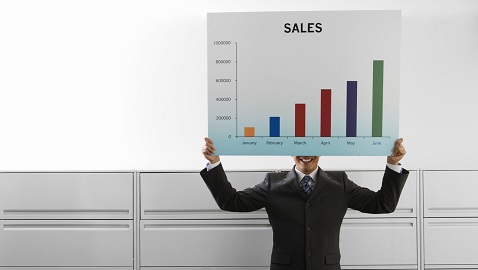 Did a company interfere with an employee’s FMLA (Family and Medical Leave Act) rights and retaliate against him for taking FMLA leave? That’s just what a man claims in a lawsuit he filed, after he was fired for poor job performance.

The man worked for TIN, Inc., selling its containerboard products in the Illinois/Indiana regions. After six years of employment, he began working under a new supervisor. At the same time, supervisors were giving evaluations for employees, which had not been done previously. Shortly thereafter, the man began experiencing chest pains and breathing problems. Doctors’ tests ultimately revealed a septal wall ischemia – blockage in the heart. The man claims that the FMLA covered all of his absences for tests and surgeries.

Less than a week before a scheduled angioplasty, the man was criticized by his supervisor for poor sales over the past two years and other alleged shortcomings. He was warned of a possible termination. The employee had not been threatened with termination prior to this, and he questioned the supervisor’s data in critiquing his sales.

While the man was in Iowa for a PET scan, the supervisor called to inform him that he’d be observing him on a “sales ride” in Illinois. The man claimed that scheduling a sales call for potential customers typically requires a week’s notice, but he was given only one day. The sales ride on that day did not go well – the supervisor called it “disastrous.” The employee was subsequently fired and filed a lawsuit alleging FMLA interference and retaliation. The district court ruled in favor of TIN, believing that the poor sales ride was a legitimate reason for termination.

On appeal, judges examined three disputed elements of the plaintiff’s FLMA interference claim. As to whether or not he was entitled to FMLA, judges were in agreement. Both appellate and federal judges also concurred that the man had provided sufficient notice of FMLA leave. TIN argued against both of these points, but the courts believed that the plaintiff’s health problems constituted a serious condition. And although the supervisor stated that the man’s request for leave was improperly handled regarding documentation, judges noted that the supervisor was aware of the employee’s need for hospitalization – so any type of notice would suffice.

Where the two courts disagreed was the accepted reason for termination – the subpar sales during the supervisor’s sales ride. The plaintiff argued that the supervisor had “set him up to fail” by giving him only one day to prepare. The district court dismissed this because he hadn’t objected to the sales ride, but appellate judges saw no reason why he would have objected, particularly since he’d been warned of possible termination. They also considered the sales ride “suspicious” and believed that a jury might see it the same way.

TIN argued that there were other reasons for the firing, but since the district court only relied on the sales ride, the appeals court reversed the decision of summary judgment. This was also in regard to the retaliation claim for the same rationale – the probability of the supervisor intentionally setting up the employee for failure. The case was remanded for further proceedings.

Did Supervisor "Set Up" Salesperson to Fail for a Reason to Fire Him? by Harrison Barnes
Tags: employment termination, family and medical leave act (FMLA), lawsuit, retaliation, us court of appeals
Tweet Like Plus Pin It Share

The Most Popular 20 Employer Articles for Gig in 2015
Let’s Get Social
Feel like getting in touch or staying up to date with our latest news and updates?
Related Posts
Latest In Work Relationships
BCG FEATURED JOB