Summary: There may be a new trend where the employees have a say in who becomes their boss, which has helped smaller companies foster greater respect and ingenuity.

Data analytics firm SumAll in New York may be changing the way people view how executives and managers get into their positions. The CEO of the 42-person company, Dane Atkinson, wrote a column titled “executives and managers should all be elected”. Since the firm started four years ago, every quarter the employees vote on who will lead the team.

He explains that this has eliminated the issues of vindictive bosses, trivial politicking, and administrative inertia that scare off talent and innovation. Atkinson also makes other areas of the company unique from the typical company by making salaries and ownership stakes visible to all employees. Those interested in working for the company go through a trial period before being hired.

The direction that Atkinson has taken his company is not new. Many companies, like Zappos, are known for trying new concepts to promote better relationships and creativity between employees. While Zappos current idea of “self-management” may not be going smoothly, Atkinson says employees should have more say in how a team runs.

He chose this process because he saw it as a way of making leaders accountable. Each team of eight is able to enter themselves for consideration as the team leader each quarter. Voting is anonymous and when there is a tie, the co-founders appoint a “Team Mother” that breaks the tie as well as maintains the responsibility of protecting the company’s interests. Only once a person holds the leadership team for several quarters in a row do they get a raise. Certain positons such as VP of engineering are voted in once and are not removed unless the team votes them out. He points out that he could be voted out of position but that does not mean out of company.

This idea has helped everyone appreciate the duties that managers have after they have served in the role, creating more respect and empathy for each other. There have been numerous other positives from doing this, including some people successfully taking on the role that he never would have considered. Atkinson points out that the members of the team are often better suited to pick their leader because they work with them where as executives are more out of touch with a person’s true character.

Atkinson believes this innovative approach to managing will make his company stand out, instead of only focusing on lush perks. 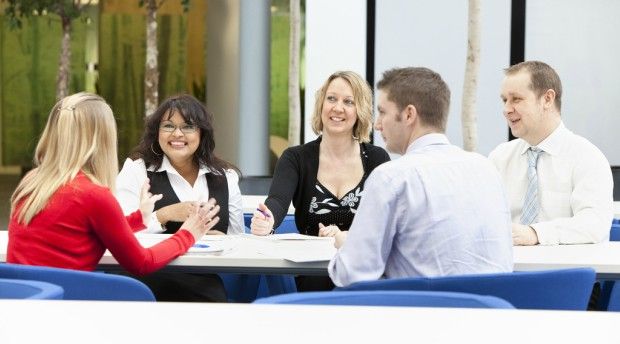 Focus on Employee Morale to Improve Your Company

Self Improvement: Keeping your skills updated
Let’s Get Social
Feel like getting in touch or staying up to date with our latest news and updates?
Related Posts
Latest In Work Relationships