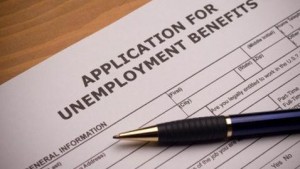 On Thursday, the Labor Department announced that weekly applications for United States unemployment benefits increased by 46,000 last week to a seasonally adjusted number of 388,000. That is the highest number in the past four months. The changes occurred in part because of technical factors. The Labor Department also said that the four-week average of applications increased to 365,500. The figures from the previous two weeks were distorted by seasonal adjustments that are made by the Labor Department, according to a spokesman from the department.

For the most part, applicants of unemployment benefits usually wait to file for their benefits until a new quarter starts because this method will give them larger checks. California was expecting a large jump in applications but it did not occur until the second week of the current quarter. The shift in those numbers caused the seasonally adjusted numbers to drop dramatically and then sharply increase it last week, according to the Seattle Times.

“Though still struggling, the U.S. labor market appears to be making headway, and we should see a modest improvement in October … payrolls,” Sal Guatieri said. Guatieri is an economist at BMO Capital Markets. He made these comments in an email he sent to his clients.

For the week that ended September 29, just 5 million people received unemployment benefits, which is a drop of 40,000 from the week prior. In September, retail sales increases at a healthy rate. Another good sign that the economy could be taking a turn in the right direction is that construction for new homes and apartments in September started at a quicker pace than in the previous four years.

Despite all of these good signs, the economy is not growing quickly enough to create a lot of hiring. In the quarter of April-June, growth slowed to an annual rate of 1.3 percent. This number is a decrease of two percentage points from the prior quarter. In September, the unemployment rate dropped to 7.8 percent, which was the lowest since January of 2009. In September there were 114,000 jobs added and there were revised numbers posted for hiring in July and August. For the July-September quarter, with the revised numbers, the country added 146,000 jobs on average each month.

Hostess to Reopen, Hiring a Large Set of Fresh Workers

Market Dips After Syria Strike Became Doubtful
Let’s Get Social
Feel like getting in touch or staying up to date with our latest news and updates?
Related Posts
Latest In Work Relationships