Home  » Even Republicans Want to Hike the Minimum Wage 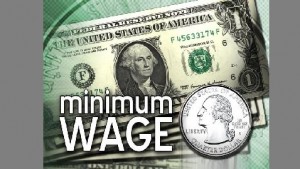 Nevertheless, though blowhards and diehards have been striking at McDonalds for a $15 minimum wage – an ineffective strategy, since such strikers are so readily replaceable – it seems a minimum wage mindful of the inflation would be a good thing, and President Barack Obama has been saying this for a long time.

What this means for job seekers is that if you are planning on getting a minimum wage job, a $9 an hour job might help ease the tensions of getting by on so little.

Whether we will see the change anytime soon depends on Congress, which is, as always, slow moving on such matters.

Has Wal-Mart Donated Millions to Conservatives?
Let’s Get Social
Feel like getting in touch or staying up to date with our latest news and updates?
Related Posts
Latest In Work Relationships