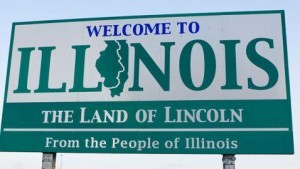 According to the Chicago Sun-Times, officials from the state of Illinois claim that over 1,100 inmates collected improper unemployment benefits that totaled over $2 million while in prison over the past year. The Illinois Department of Employment Security said that one inmate in Cook County reportedly took home close to $43,000. The majority of the fraud occurred in the middle of the year in county jails all over the state.

The Associated Press was told by officials from the Department of Employment Security in Illinois that a lot of the inmates who received benefits could face charges but some might have been paid too little to be charged. The state department also said that it could garnish tax returns in order to recover some of its money.

Rivara said that those collecting unemployment benefits from the state have to prove every two weeks that they are searching for work and are available to obtain a job. Andy Shaw is from the government watchdog group known as The Better Government Association, said, “A couple million here, a couple million there and you’re starting to talk about real money. When a branch of government sees potential fraud and uses existing resources to investigate it and ferret it out with the potential to save any amount of tax dollars, that’s a good thing. Government all too often turns its back on these things and ignores them. The fraud and inefficiency and abuse adds up.”

Rep. John Cavaletto alerted the department when he heard rumors that fraud by inmates might be occurring at a jail in his district. “I didn’t know how big it was when we got into it because it kind of started with an isolated incident,” he said. “I really believe that’s just kind of the tip of the ice berg. How much through the years has this really been robbing us and how much fraud is going on here?”

The majority of the inmates who received benefits came from Cook County, which is the most populous county in the state. In that county, 296 inmates were found to have received $722,000 in benefits.

According to the department, here are the remaining counties that received large amounts of benefits illegally:

Obama Reveals New Tax Plan to Stimulate Economy
Let’s Get Social
Feel like getting in touch or staying up to date with our latest news and updates?
Related Posts
Latest In Work Relationships