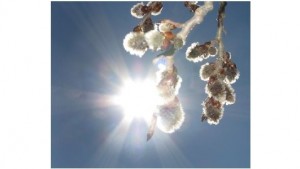 Things are looking better than reported earlier for the job market; stats put out last month overlooked 165,000 jobs that have been added, meaning that the unemployment actually fell to 7.5 this month, the lowest it’s been since December 2008, before the recession. Though it’s been the slowest recovery in the job market since World War II, having us back to full capacity as of late as 2021, we are starting to see some sunshine after a long, cold, lonely winter.

“This is a good report,” said John Silvia, the chief economist at Wells Fargo, as the Associate Press reported. “There’s a lot of strength… It’s good for the economy. It’s good for people’s income.” He means the growth of the market, but also, despite increases in payroll taxes, Americans have been spending more than they have in a long time. Stock prices have soared after the new stats were released, the Dow burst up 150 points, businesses are hiring, gas prices have lowered, the sun is shining.

What we are discovering is that the federal budget cut of $85 billion “does not mean recession” as Silva said. “It does not mean a drastic slowdown.” Perhaps so.

Though a lot of the jobs that were added were hotel or restaurant jobs, which added 45,000, and many of them were in temporary-help firms, with employee workweeks dipping 0.2 hours to 34.4 hours a week, businesses are still hiring, and we still have the right to feel optimistic, and maybe go out and buy something nice to celebrate.