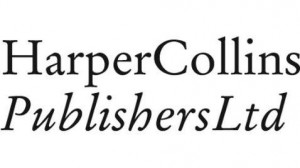 The Times-Tribune reported that publisher Harper Collins is planning to close its warehouse and distribution operations in Throop, Pennsylvania this coming summer. The closing of the plant will cause 200 people to lose their jobs.

“The industry is changing,” said Erin Crum, spokeswoman for HarperCollins. “It just makes sense for us to go this route as we shift to a more digital industry.” The warehouse is in the Keystone Industrial Park and Crum did not specify how many people will be laid off when it closes.

The principal officer for Teamsters Local 229 in Scranton, Pennsylvania, Craig Pawlik, said that 192 people will be furloughed when the plant closes. “They are stunned,” Pawlik said. “Their last day in Dunmore will be sometime in September 2013.”

In the Harper Collins’ complex there is an office next to the warehouse where 230 people work in jobs that cover accounting, information technology, credit and collection and customer service relations, according to the president of the Greater Scranton Chamber of Commerce, Austin Burke. Crum said that none of the 230 employees working in the office next to the warehouse will lose their jobs.

The company also announced that a warehouse in Nashville will be closed and that the company is going to leave the distribution industry and handover its warehousing and distribution operations to RR Donnelly, which is based in Chicago. The majority of the books published by Harper Collins are printed by Donnelly.

The closing of the warehouses by Harper Collins shows how the e-reader industry has hurt the print book industry. Sales of print books have dropped 9 percent in 2011 compared to 2010 in data released by the Nielsen Co. According to a survey from August, paperback book sales dropped by 14 percent since 2008.

“The economy is constantly evolving,” Burke said. “Nationally, we see bookstores closing. We see publishers merging and we see logistics being consolidated and outsourced.”

Pawlik said that union workers at the Pennsylvania warehouse make anywhere from $19.91 to $20.87 per hour along with benefits.

“Those are family-sustaining jobs,” he said. “They are non-existent in this area at this point.”

“This is a real hardship for those warehouse workers,” Burke said. “They are excellent warehousing jobs. They have been a real foundation stone of our logistics economy here.”

The property where the Harper Collins warehouse is located in Pennsylvania was bought by a company from Chicago for $11.7 million in 2007.

Unemployment Claims Surge in Response to Furloughs
Let’s Get Social
Feel like getting in touch or staying up to date with our latest news and updates?
Related Posts
Latest In Work Relationships