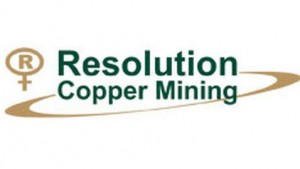 It was announced on Friday by a mining company from Arizona that the company is going to suspend its shaft and drilling operations at the Superior location and cut 400 jobs. The company said that the cuts are in response to continued uncertainty about a proposed land exchange, according to Seattle pi.

The company, Resolution Copper Mining, said that it is going to work to place its employees in another company. The officials from the company said that some of the employees could be placed in jobs with Resolution’s owners, Rio Tinto, which is based in London.

The job cuts will begin in the month of December and end by the time March is complete. The 400 jobs being lost represent close to 75 percent of the workforce at Resolution. A proposal was filed in 2005 that would swap 5,300 acres of land for conservation for 2,400 acres of national forest land Resolution views is important for expansion plans. American Indian groups and conservationists have been opposed to the plan, which has been stalled in Congress for quite some time now.

Underneath the forest land in the proposal, one of the biggest undeveloped copper resources in the world sites there. Resolution has planned to invest over $6 billion in the proposed mine, which would wind up being the biggest copper mine in North America. According to Taplin, $1 billion has been invested in the project by the company already and Resolution wants to make sure the project continues.

Senator John McCain, from Arizona, said that the region has been hardly hit by the economic recession and said that job creation in the area is needed desperately. McCain also said that should Congress pass the legislation permitting the swap of land, the expansion of the mine could create 4,000 jobs in the region.

Superior, Globe, Miami and other small towns in the area could be devastated by the cuts, according to United States Representative-elect Ann Kirkpatrick.

“When a small community loses jobs, the hardship hits families, school districts, small businesses — just about everyone,” she said. Kirkpatrick also said that her office is going to work with business and civic officials to figure out the steps that need to be taken to see that the expansion happens.

Other opponents to the land swap are President Barack Obama and his administration along with other Democratic lawmakers.

Congressional Budget Office Issues Report on Increasing Minimum Wage
Let’s Get Social
Feel like getting in touch or staying up to date with our latest news and updates?
Related Posts
Latest In Work Relationships