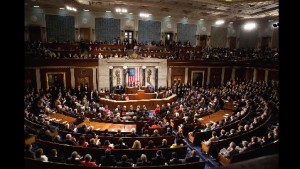 Is Congress’s answer to the Fiscal Cliff working for the job market? Sequestration has limited government spending — a great relief, it seems, after the exorbitant spending that has so characterized Obama’s presidency. The sequestration calls for $1 trillion in cuts for the next 10 years. But what are these cuts costing us? They could be costing us as much as 1.6 million new jobs, and this according to a Congressional Budget Office study made at the behest of House Budget Committee ranking member Chris Van Hollen (D-Md). They study envisions dropping the sequestration from Aug 1, 2013, to Sept 2014, and claims that those jobs could be created, or at the very least 300,000 of them.

So they say, but let us not forget why we resorted to the sequestration. It was the best sort of arrangement a bipartisan congress could develop in response to the possibility of a federal collapse. Suspending the sequester will put the government $14 billion further in debt in 2013, and $90 billion in debt fiscal year 2014. Thus it could “diminish policymakers’ ability to use tax and spending policies to respond to unexpected future challenges.” So, in other words we could create more jobs if we are willing to jeopardize our government with bankruptcy. Stipulated that way, the prospect seems less prospective, and indeed, the study isn’t expected to change the policies at hand. Meanwhile, job seekers can be grateful that without bankrupting the government, the job market continues to improve.

Even Republicans Want to Hike the Minimum Wage
Let’s Get Social
Feel like getting in touch or staying up to date with our latest news and updates?
Related Posts
Latest In Work Relationships