Home  » Employees at Wal-Mart to Pay More for Healthcare 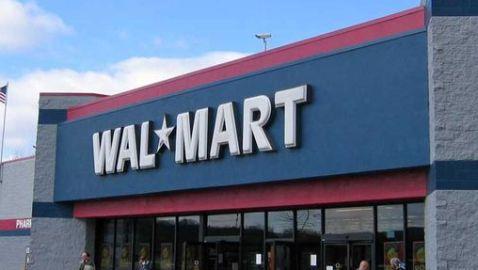 Wal-Mart employees will fork up between 8 and 36 percent more in premiums for their medical plan in 2013, resulting in approximately 1.4 million workers to precede coverage in general, according to a report from Reuters.

Wal-Mart workers received the notification via standard mail.  Corporate stated that rates would rise because healthcare costs have steadily increased.  Wal-Mart states that costs will rise 4.4 percent for next year.  In comparison, it is less than the 9 percent increase that is coming for all Americans next year.

This could be a protocol for other companies to use to control their expenses while also hitting the stipulations of Obamacare.

The law is supposed to lessen health costs but some wonder if it will work and how long it will take to work nationwide.  Big companies have tried to control health expenses as they have been increasing by a 6 percent margin every year.

Wal-Mart will cover the normal checkups of workers.  Workers need to pay deductibles of a minimum $1,750 before the company funds 80 percent of the cost of care like doctor appointments and other tests.  Wal-Mart will chip in extra contributions for individuals and double that figure for families.

Some employees claim the bumps in price have forced them to shed their plan for next year.

More than 50 percent of Wal-Mart’s workers utilize healthcare.  They are given the same plans as top officials in Bentonville, Arkansas Wal-Mart headquarters.

In October, Wal-Mart announced it would take care of all costs.  Almost 66 percent of employees have signed up to take care of only themselves.  Rates for sole individuals jump $2 to $11 per paycheck, about 13 to 23 percent.  However, when they cover their families it could boost from 8 to 36 percent.

The company does have a few plans with premiums that are underneath the country average.  Their lowest plan will be $17.40 or every two-week paycheck next year.

“Over the past few years we’ve all seen the cost of health care continue to rise nationwide, and 2013 is no different,” Wal-Mart said in a statement. “As a result, we are adjusting rates for some of our health care plan choices. We are doing our best to keep health care costs as low as possible for our associates.”

Premiums are likely to rise 6.3 percent next year across the board.

New hires who are part-time workers must work at least 30 hours a week before they are eligible for coverage.  It used to be 24 hours.

No matter what Obamacare has brought about, Wal-Mart says they would need to boost premiums anyway for 2013.

Those who have relinquished their plans are members of a brigade called “OUR Wal-Mart”.  The group wants to discuss the healthcare conundrum as well as pay and hours.

Employees at Wal-Mart to Pay More for Healthcare by Harrison Barnes
Tags: health and safety, healthcare, hr, human resources, pay for healthcare, wal-mart
Tweet Like Plus Pin It Share

Top 4 Most Effective Management Styles & How to Use Them
Let’s Get Social
Feel like getting in touch or staying up to date with our latest news and updates?
Related Posts
Latest In Work Relationships
BCG FEATURED JOB