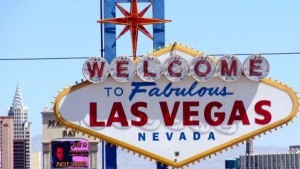 Jones Lang LaSalle released a report on Tuesday that says the $350 million infusion by Tony Hsieh into downtown Las Vegas has put the city amongst the top emerging markets in the country for technology employment, according to the Las Vegas Review-Journal.

In 2011, the city added 6,898 jobs in technology, which is a 22.9 percent increase year-over-year. That increase put Las Vegas at number two on the ranking of markets by Jones Lang LaSalle for high-tech employment growth. The city of San Francisco still tops the list with 28.6 percent job growth.

Hsieh is the chief executive officer for Zappos.com and he has been given credit for aiding nine start-up companies in the city of Las Vegas with the Downtown Project. The project has a $50 million technology fund. He is relocating the headquarters of his company from Henderson to the old Las Vegas City Hall, which should create 1,000 tech jobs by next year.

“With Zappos’ relocation and everything going on with the Downtown Project, they’re driving a lot of demand,” Bret Davis said. Davis is the office broker at Jones Lang LaSalle, which is located in the city of Las Vegas. “We’re seeing a lot of demand from out of state. There just seems to be a general optimism about the market.”

In the report, the high-tech services industry added 108,500 jobs over the past year that came to an end on August 31, which is good for an increase of 4.6 percent.

“Las Vegas, you know, is the land of entrepreneurs and that’s why we love it,” said Viney Singal. Singal is the founder of Valtus Capital Group, a company based in Las Vegas. “You have a business idea in hospitality, technology, gaming, hotels … the city backs you and you’re able to get visibility quickly. That’s why companies love doing business in Las Vegas.”

The owner of LeThai restaurant in the city’s East Fremont Entertainment District, Dan Coughlin, said that his company experiences the impact of Hsieh staying at The Ogden. Hsieh signed a lease for 50 units at the condo complex to be used as ‘crash pads’ for his Zappos employees and prospective startup business owners.

“When these people are down at The Ogden, we can feel that effect just from people walking around,” Coughlin said. “He brings people through when he’s in town. He stayed here and it’s a big deal. He genuinely wants to see people succeed.”

More Jobs for Students Available at N.C. State
Let’s Get Social
Feel like getting in touch or staying up to date with our latest news and updates?
Related Posts
Latest In Work Relationships