Home  » A 401(k) That Guarantees A Monthly Paycheck: Ensure Continual Flow For Retirees 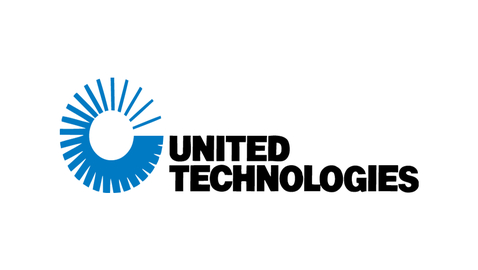 Today’s generation laments that the type of pensions their father’s generation got are unlikely to return, but a large company has shown the way how the 401(k) plan can be reworked to ensure that the retiring workers can receive an assured paycheck for the rest of their lives.

The company, Hartford based United Technologies, replaced its retirement plan with one that apparently manages to solve one of the 401(k)’s biggest failings and a prickly problem for retirees: The plan is vulnerable to the volatile stock market and many a time the retirees find that the savings are not as much as they would have hoped for. The new plan addresses this problem.

The company uses mutual funds with specific target dates and the investments become more and more conventional and conservative over time. However, the plan also incorporates annuities that assure a monthly payment throughout retirement.

This plan encourages the workers put as much money as possible in their 401(k) by telling them that the company will match their contributions. However, to get maximum benefit from the plan, the workers must stand firm against the lure of withdrawing money from their savings, for whatever reasons, vital or not.

Dallas Salisbury, president of the Employee Benefit Retirement Institute said that what United Technologies is doing is commendable and breaking new grounds and others companies are watching very carefully how effective it is, before deciding to follow suit.

What the United Technologies strategy does is that during the employees’ mid-career, when he is a little carefree and callous regarding his future savings, it is then that the worker’s savings are steadily shifted into changeable annuities that undertake to pay at least a minimum level of income for life, when their retirement commences.

The scheme allows for workers to withdraw a part of all of their savings at market value at any time, without any penalties being levied on them. But this, only if it is done as a last resort and the worker has no other choice. The only catch is that once you have started paying for the insurance, you will have paid higher fees for a benefit that was never taken advantage of.

Workers can also decide to take a joint benefit to bring their spouses under the benefits cover. They can also nominate heirs to inherit any leftover funds.

Even thought the worker, if he leaves the company, can transfer the annuity into an individual retirement annuity, the company says that it would be better for them to leave the annuities where they are, in the 401(k) plan, which would not stop reinvesting the money in the secure income fund, even though they no longer were active employees.

The only problem with the new plan is that it is too intricate and too complex for a layman to understand. They must take the company’s word at face value that the new scheme is good and that they will have a better savings nest when they retire and that their money will be more secure and protected.

Anthony Webb, a research economist at the Center for Retirement Research at Boston College said that he, even with his PhD in economics, finds it difficult to decipher all the financial jargon and wondered how the ordinary could understand all its consequences and judge whether it was really a good value.

United Technologies’ executives say that it has ensured that their workers are kept in the knowledge about the new scheme, through brochures, workshops and videos to help them comprehend and appreciate the plan.

The company says that as far as they are concerned the plan is undoubtedly good and better and safer than the existing one. However, they are not enforcing it on any one and it is up to the individual to decide whether to opt for it or not.