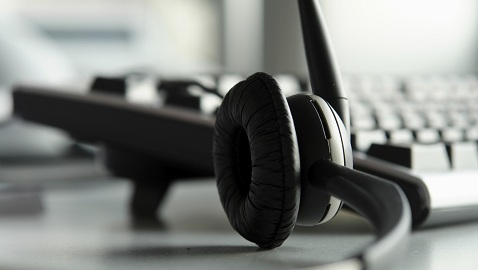 Four women working at a FedEx customer service call center accused their direct supervisor of sexual harassment. They ultimately brought legal action against FedEx. A district court ruled in favor of the company, but that decision was reversed on appeal.

The female employees worked at a southwest Ohio call center. In January 2007, a manager found inappropriate messages, many of a sexual nature, which the supervisor had sent to one of the women. The supervisor explained himself in a written statement, describing an intimate friendship that the two had apparently developed. The woman was not interviewed, and management believed that, since the woman hadn’t reported harassment, she and her supervisor were likely having an affair. The supervisor was issued a warning letter, which noted the possibility of termination due to his past behavior – a sexual harassment charge from 1998. He was placed on a three-day unpaid suspension.

In the fall of that same year, the call center was reorganized. The woman was moved to another department under a new supervisor, who was also female. In November, the employee told her supervisor that her previous supervisor had been harassing her for months – allegedly forcing her into having sexual relations, showing up at her house uninvited and sending sexual text messages. She suggested that the female supervisor speak to two other women who’d also endured inappropriate sexual advances. They, in turn, named a fourth woman. All of the women claimed that the male supervisor had threatened their jobs if they told anyone about his improper conduct.

The women completed EEO (Equal Employment Opportunity) paperwork, and a managing director and HR rep were notified. An investigation was held while the male supervisor was on medical leave. He made a statement upon return from leave and was subsequently fired for “leadership failure” and violating the company’s Anti-Harassment Policy.

A lawsuit in state court followed, and FedEx removed it to a federal court. Judges assumed that the plaintiffs could show a claim for a hostile work environment, but granted summary judgment for FedEx. The district court determined that the company had maintained an effective sexual harassment policy and that the plaintiffs had failed in complying with the policy to report the man’s harassment to management or HR.

The appeal included only three women – all but the initial complainant. Appellate judges reviewed two points – whether FedEx had used “reasonable care” in sexual harassment prevention and correction, and whether the women had “unreasonably failed” in taking advantage of opportunities for prevention and correction. Judges first noted that the Anti-Harassment Policy didn’t explicitly tell how an employee could complain of harassment and bypass a harassing supervisor. Regarding the women not informing anyone of the harassment, the 1998 case seemed to imply that the supervisor had “gotten away with it.”

The women complained to the harassing supervisor and asked him to stop his inappropriate behavior. Based on the policy’s language, they had followed the guidelines by reporting to “management.” Upper management, meanwhile, had apparently not monitored the supervisor after the 1998 charge or the instant messages, or in any way attempted to prevent future conduct. The district court’s decision was reversed and remanded for trial, and a jury will decide if the hostile work environment claim has merit.

Beat Down Conflict with These 9 Indispensable Rules

4 Types of Bad Managers and How to Deal with Them

Succeeding at Managing a Team in 14 Steps
Let’s Get Social
Feel like getting in touch or staying up to date with our latest news and updates?
Related Posts
Latest In Work Relationships