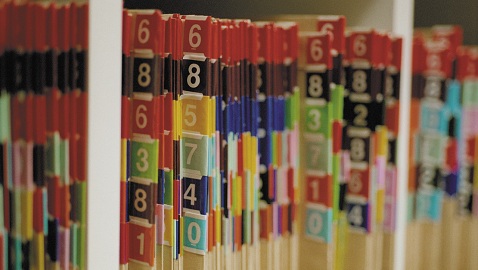 A man working at a medical center in Ohio was fired for violating the attendance policy. But he asserted that he was disabled and that his employers had terminated him because of his disability and in retaliation for exercising his FMLA (Family and Medical Leave Act) rights.

The man was hired as a part-time Support Services Assistant in the summer of 2006. He delivered meals to patients, transferred patients and meds, and other duties. He’d injured his hand prior to his employment at the clinic, and necessary surgery was scheduled two months after he was hired. Though he didn’t yet qualify for FMLA, he was allowed medical leave in November and was promoted to a full-time position the following month.

In 2007, he was diagnosed with Type II diabetes and asked to be moved to another floor with a presumed lighter workload. His supervisor’s alleged (and impractical) response was: “God bless you.” In December 2007, he requested block leave and intermittent leave for his hand. During his leave, he saw a doctor about pain in his foot and was diagnosed with a diabetic ulcer. He returned to work the same month, but in May 2008, his foot worsened and he again requested block and intermittent leave. Six weeks of block leave was granted, but not intermittent leave.

Meanwhile, the employee had incurred numerous unexcused absences – a total of 32 “attendance points” from June 2007 to April 2008. In July, he missed an entire day without calling anyone at the clinic. As this was the second time for a “no-call/no-show,” the man was fired, as per clinic policy.

He responded with legal action, claiming FMLA interference, FMLA retaliation, disability discrimination and a failure to accommodate. He moved for partial judgment on the interference and discrimination claims, but the motion was denied, and the district court ruled in the clinic’s favor.

On appeal, the man argued that he hadn’t received notice of approval for his December 2007 leave and could have used FMLA-approved days in lieu of being late or absent. But he was claiming interference in relation to his foot condition, and his FMLA request included medical certification only for his hand. He further argued that the clinic interfered with his FMLA rights by approving the block leave in May 2008 but denying intermittent leave. But his physician indicated that he would be “incapacitated” for one month – a condition not suited for intermittent absences.

The retaliation claim failed because the man couldn’t prove pretext. The clinic stated that, if it excluded attendance points accumulated during FMLA-approved leave, the total was still 24 points, more than enough for possible termination according to clinic policy. Furthermore, it doesn’t explain the former employee’s two no-call/no-show days.

As to the discrimination claim, the man’s diabetes was not a qualified disability for the ADA (Americans with Disabilities Act). The ADA Amendments Act “more broadly” defined disability, but it didn’t take effect until 2009, prior to the events cited in the lawsuit. He also asserted that his drug abuse was a disability, but the courts found that he was a “current” user three months before termination – thereby negating the ADA criterion. Finally, the failure to accommodate claim was based on his hand condition, which was likewise not ADA-qualified. Appellate judges thus affirmed the district court’s decision.

Cutting Full-Time Employee Hours Can Get You Sued
Let’s Get Social
Feel like getting in touch or staying up to date with our latest news and updates?
Related Posts
Latest In Work Relationships
BCG FEATURED JOB