Home  » Faced With Choice Of Working For Big Companies Or Startups? Study Tells Why The Younger Ones Could Be A Better Choice 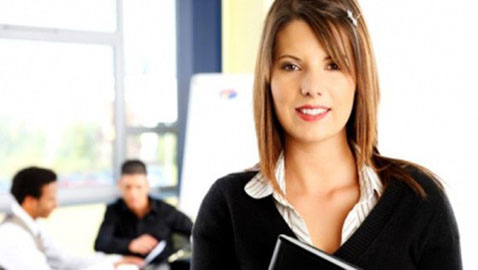 As the economy starts to awaken from its slumber and shows signs of loosening up, the jobless are finding more avenues of employment open than before and whereas a few months earlier, they would have grabbed with both hands the first opportunity that came their way, now they are weighing the benefits of choosing who to work for.

One of the choices the employees have to make is what is better, to work in a large established firm or seek work in a startup. Luckily for them, to help them make an appropriate choice, a recently released census brief that talks about job creation and wages at various businesses, provides the distinctions between working for the two disparate entities.

The study reveals that there are fewer employed people looking for better alternatives. Normally, a worker would like to switch jobs to seize a better opportunity that was more to his liking and above all paid better. The authors feel that there are fewer people willing to job hop as they are wary that they may not get another job and for the sake of security plod on at their current jobs.

On the other hand the reduced job hopping could also be the result of the worker managing to get his preferred job the first time around. If this were the case, it would eliminate the fear that a worker was not earning to his full potential.

One reason that the study proffers is that the new startups have shifted their interests to lower-wage sectors and hence, are perhaps justified in paying their workers less than the bigger ones, whose bottom lines provide them enough financial space to pay higher compensation.

However, two rational and educational explanations why startups pay lower salaries sound plausible. First that startups are not commencing their business in larger cities were the cost of setting up a business is very high, as is the cost of living, but choosing to set up shop were the cost of living is relatively lower. They argue they can pay lesser salaries because a dollar here goes farther than say it would go in New York or San Francisco. But then the gap between the wages of larger firms and smaller firms would become even wider and the national average wage would diminish further.

The other explanation is that elaborating the difference between the two in just monetary terms does not provide the exact picture. There is greater job satisfaction of working in a smaller place than in a bigger place, where most workers pale into insignificance in the vastness of the larger firm’s work environment. On the other hand, in a smaller firm you feel like a vital cog in the wheel, an essential and crucial part of the company’s operations. This intangible aspect if taken into consideration and a value is put on it; would significantly impact and bridge the wages inequality between the two.

The study findings about why smaller firms pay less is not very clear, but what the findings distinctly prove is that small and, in particular those that are small and young, have handled the recession better and come out of it better prepared.  Based on data on firms recovering in 2001 and 2008, it was convincingly concluded that even though, neither the big companies nor the smaller ones reached their pre-recession peaks, the smaller companies left the larger ones far behind in recovering from the recessions.

Although the findings do not convey an ideal picture, prospective employees can take at least this much from the findings that monetary compensation is not the only factor they should consider, but job satisfaction is also an imperative that must come into the mix.

Faced With Choice Of Working For Big Companies Or Startups? Study Tells Why The Younger Ones Could Be A Better Choice by Harrison Barnes
Tags: job trends
Tweet Like Plus Pin It Share