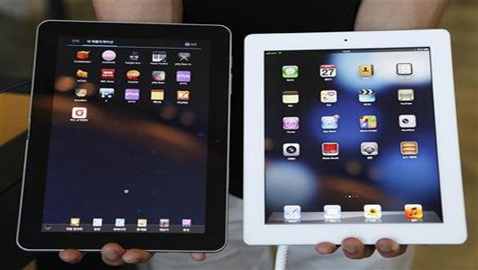 The fourth quarter results of the ad industry were likely to be poor, had they not been provided a timely boost by the consumer-tech industry as Microsoft, Samsung, Activision, Nintendo, Apple and others who flooded the market with holiday ads, aimed at shoppers, pumping in huge money into their ad campaigns. The frenetic holiday shopping escalated mobile ad rates and spending in other areas as well.

Consumers were spending more time on their mobile appliances, for a variety of reasons, checking out recipes, gifting ideas and above all moving their holiday shopping online through smartphones and tablets. Marketers were quick to notice this trend and increased their ad spending, to match the increased time that the users were spending.

Todd Gordon, exec VP at Magna Global said that the tech category, with Apple, Microsoft and Samsung has provided a protective shield to the market. John Nitti, president of activation at Zenith Optmedia said that a lot of fresh tech- money had been poured into the market.

The ad industry is waiting with bated breath to see if companies with unspent ad budgets will follow suit. Till date they haven’t, but signs are that the Christmas season will entice them to do so.

Michael Law, senior VP-national video at Carat said that normally at this time, towards the end of the year, money from retailers and movie studios starts coming in, but this year it hasn’t been so.

Bryan Wiener, CEO of Dentsu unit 360i. said that the online shopping belied expectations and reached double digits, buoyed up some of its clients so much that they pumped in more money during the weekend hoping to entice similar sales over the next week.

However, the government is proving to be the dampener. Most advertisers are waiting to see which side the fiscal cliff will go and whether a deal on tax-cuts will be reached. This atmosphere of uncertainty is making them sit on the sidelines unable to take a decision either way.

Ratings for the networks, except for NBC, have declined considerably and the networks may have no choice but to reserve, already short-spaced inventory for make-goods. This is ad-time given to clients to make up for deficit and under performance in expected ratings. Nomura Securities analyst Michael Nathanson said that the big four networks were down by almost 10 percent in their ratings.

Also, last-minute money if it does find its way into the market often goes to the media that can be bought speedily and effortlessly, such as online and search media. Moreover, a few ad-networks and startups are saying that they have never had it so good and that their revenues are the best they ever had. “We’re up 30% over last year. Being male-oriented seems to be helping us right now,” said Keith Richman, CEO of Break Media.

Eric Franchi, co-founder of ad network Undertone further complemented the optimistic expressions of Break Media saying that, “Consumer tech has been a good story for us in 2012.”

The Publicis Groupe media agency network projects an increase in overall ad spending in the U.S. of 4.3% in 2012, 3.5% in 2013, 4.4% in 2014 and 4.7% in 2015. According to ZenithOptimedia’s latest ad spending forecast, US ad spending will continue to grow, albeit not very speedily, primarily because of the surge in ad spending by digital media.

What Really Happens When We Receive Personalized Ads
Let’s Get Social
Feel like getting in touch or staying up to date with our latest news and updates?
Related Posts
Latest In Work Relationships