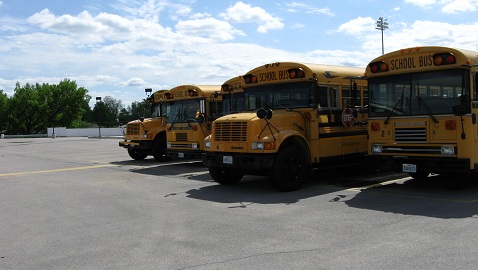 A Georgia bus driver, following an alleged confrontation with students, was fired from his job. He responded with a lawsuit, believing that his rights had been violated due to the School Board’s appeals process.

The man was hired by the Columbia County Board of Education in 1995. All bus drivers were regarded as “classified,” or “non-certified,” and did not sign employee contracts. Teachers and administrators were deemed certified and were under contract. In 2007, a local union reached an agreement with the Board to “expand” the grievance policy for classified employees.

Near the end of 2009, the same year that the driver joined the union, there was an incident on the man’s bus. Students claimed that the bus driver had pushed a student into a seat and pushed another down the bus’ steps. They also alleged that he had yelled and read from a clipboard while driving the bus and was reportedly “out of control.” These events were substantiated by the driver’s bus aid and the school principal.

The Transportation Director discussed the incident with the man, told him that he would be recommending termination, and placed him on administrative leave. The man appealed to the Assistant Superintendent, who, along with the Superintendent, also recommended termination, in light of the varying accounts meshing with one another. The driver submitted materials to the Board for review and requested a hearing. The Board voted unanimously to fire the driver and determined that a hearing was not necessary, as the information it had been given was sufficient.

The man sued in state court, alleging that his due process rights had been violated. He further claimed that the Board had breached its agreement with the union by not providing him a hearing and that his First and Fourteenth Amendment equal-protection rights had been violated as well. The case was removed to a federal court, which ruled in favor of the defendants – including the Board, the Columbia County School System, the Department of Transportation and all the people involved in the termination procedure.

On appeal, the plaintiff first argued that he was allowed an in-person hearing per the Settlement Agreement. But appellate judges noted that the agreement’s wording states that a classified employee can appeal, not that the Board is required to hear directly from the person. The plaintiff also pointed to the agreement’s expanded grievance policies, which specified “GAE-coded” policies – ones typically reserved for certified employees such as teachers. But, as with this similar case, the district court had found that the reference to GAE policies in the agreement was, quite simply, a typo. The plaintiff disagreed with this finding but offered no evidence to dispute it.

As to the man’s claim of equal-protection rights, judges stated that the Due Process Clause of the Fourteenth Amendment indicates that a person should be afforded a hearing prior to deprivation of rights. According to the appeals court, the Board met these requirements – the man discussed the case with the Transportation Director and the Assistant Superintendent and received letters from both the Superintendent and Assistant Superintendent informing him of his right to appeal. The appeal process in this instance was handled properly, and as such, the district court’s grant of summary judgment for the defendants was affirmed.

School Bus Driver Files Lawsuit After Being Fired for Alleged Confrontation with Students by Harrison Barnes
Tags: due process, first amendment, georgia, lawsuit, School Board, unions, us court of appeals
Tweet Like Plus Pin It Share