Home  » Ads Shift Focus To One Market That They Had Not Targeted: Dads 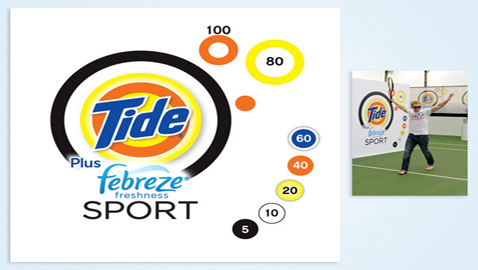 Times these days have changed and surveys show that there is a huge shift in the responsibilities of American dads at the home front and work that was generally accepted as women’s work is now also part of the duties that the dad must discharge.

There are more men shopping for groceries than a generation ago, when it was left totally to the women. What is more, they are not only buying food they are also cooking it. The survey reveals that men are also bringing up babies together, and that men change diapers as often as the women, if not more.

Advertisers have realized the advertising potential in this new demographic and feel that the American dad can be used for their goods and services promotions and are accordingly adjusting and focusing their ads to correspond with this new social leaning.

Supermarkets, manufacturers of baby products, washing machines, vacuum cleaners and other home appliances sellers and numerous others have created ads targeting this new development and marketers believe, that many more will follow suit.

Men are doing more laundry than before and Tide, the detergent saw in it a marketing opportunity, with NFL player Drew Brees, posing on the front of ‘Tide Plus Febreeze Sport’ advertizing it as possessing a “victory fresh scent.”

A new Huggies ad features dads carrying their babies in front-carriers across their chest, testing if their kid’s diapers were durable enough to pass the “bouncy stress test.” For the first time, in almost seven decades, Tide Detergent diverted from its traditional methods and showed a dad and not a mom, doing the laundry in its commercials. Dads were also shown anchoring Clorox and Swiffer.

According to the Bureau of Labor Statistics, the trend of men doing household work has been picking up pace and men today are doing 50 percent more housework than what they did in 1965. Labor Data shows that men were putting in at least 16 minutes of housework each day.

Male respondents said that the type of work that they do includes, buying groceries, cooking, driving kids around, getting them ready for school and helping with the washing and the dishes.

Most said that the fact that women are also working and contributing to the household revenue forces them to lend a hand, with one saying that after returning from work he does simple errands that include vacuuming and helping in the kitchen.

The ads that focus on dads and show them as doing work that was traditionally the sole domain of the women, embodies a huge shift in conventional discernment of specific roles for men and women.

Angry parent groups voicing serious apprehensions about ads targeting children and accusing fast-food companies of enticing kids, thorough television networks life Nickelodeon, alleging that it is leading to kids-obesity, may have also provoked this shift and marketers find it safer to feature the dads in their food ads.

Donny Deutsch, chairman of advertising company Deutsch Inc., said that even though the dads are featured in the ads, they are still targeting the mothers. He clarified, that when they see the dad engrossed in work in the commercial, it is not really true that most do it, but that is an ideal world that everyone, especially the women would like to see. The commercials are only a romanticized adaptation of a growing trend.  “You see the dad in the ad serving Cheerios. He’s still not the primary buyer of those Cheerios,” he said. “Two-thirds of the time it’s still women.”

It still is a refreshing sight to see a dad packing his son’s lunch and neatly at that. A far cry from early portrayals where they were shown as bumbling idiots who couldn’t do anything properly – the question is, why has it taken so long for marketers’ to realize their advertising potential.

What Really Happens When We Receive Personalized Ads
Let’s Get Social
Feel like getting in touch or staying up to date with our latest news and updates?
Related Posts
Latest In Work Relationships