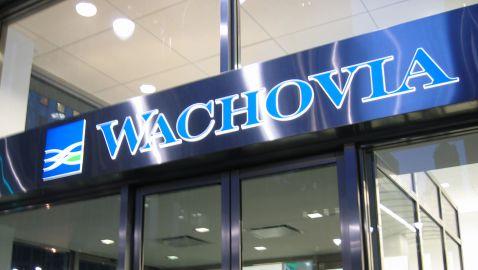 Employees who once worked for Wachovia and are now on disability leave will receive a termination letter by the time the New Year approaches. As part of the termination, these individuals will also no longer be able to take advantage of Wachovia’s health care program, according to Charlotte Observer News.

The reason for the termination of these individuals is because Wells Fargo bought Wachovia several years ago, back in 2008, and has much stricter policies than Wachovia. Employees who work or worked for Wachovia are able to use the health benefits of the bank for the rest of their lives if they are on a long-term disability. However, Wells Fargo only allows its workers on long-term disability to use the health care for a total of 2 years before they have to find another form of healthcare to use.

Employees who are terminated can also be hired back by the bank. There are some employees who can take advantage of the health insurance plan that is offered for employees who retire. Medicare will be an option for several other people who are on long-term disability. To ensure that the individuals do not have to suffer, long-term disability payments will be sent out to the individuals until they start to receive their Social Security checks, or until they end up going back to work.

One man located in Charlotte who happens to be affected by new policy of Wells Fargo, has said, “For many of the people affected this will be devastating, and result in the total loss of access to health care and other benefits.” Within just three years, Wells Fargo has been working on cutting back on the amount of benefits it supplies to its employees.

During 2011, the bank only spent a total of $4.3 billion, which was a decline from 2010, when the bank spent a total of $4.7 billion. While some people are understandably upset, mot can agree that a large portion of companies do not usually offer health insurance forever for those who are out on long-term disability.

Telecommuting Doesn’t Work for All Jobs
Let’s Get Social
Feel like getting in touch or staying up to date with our latest news and updates?
Related Posts
Latest In Work Relationships
BCG FEATURED JOB

One of Chicago\'s fastest growing law firms is seeking to hire an experienced Plaintiff Personal Inj...

\u003cp\u003eAkerman LLP, a leading U.S. law firm, is seeking a Litigation Paralegal for its Denver ...