Home  » Pimp Out Your Job Search

From Fleshmonger to International Hero—Yes, it certainly can be done!  Just 15 years ago Tom Cruise (well really his character Joel in Risky Business) was running a brothel out of his parents’ house, and now, who would have guessed, he has become an international hero.  Even though in Valkyrie he ultimately failed to carry the slain Fuhr 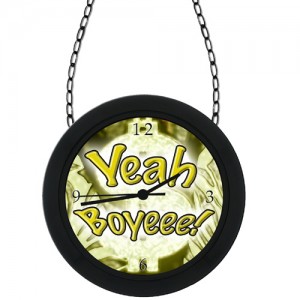 er off to Valhalla and negotiate a peace treaty ending World War II, his transformation as a person and the growth of his career objectives is astounding.

But as with most things in life, upon closer inspection the transformation is actually completely predictable. One can see how Tom rose so steadily in the Third Reich.  He had all the right stuff!  Working as a pimp he had learned effective management skills. He really knew how manage his whores; he gained their loyalty and obedience, making sure no one else moved in on his territory. It was Tom’s excellent management skills that ultimately made him marketable in the military arena. After all, a Colonel needs to be capable of commanding obedience.

His jump from loyal Colonel to would-be assassin is actually not so astounding either.  We all know pimps are protective by nature. A pimp’s entire livelihood is dependent on protecting his whores from rival pimps and from abusive clients.  It was this compassionate nature that allowed Tom to transition from military officer to international hero seeking an end to World War II.

Tom Cruise is evidence that you are the one who is in control of your life.  It’s never too late for a career change.  You just have to know how to market yourself. Transitioning the skills you already have to different settings will be the easy part.  Like in Tom’s case, sometimes change is a good thing, so why not let EmploymentCrossing help you explore new avenues and new heights. But before you go off saving the world don’t forget our free trial offer.

Seven Changes to Help You Have More Financial Freedom
Let’s Get Social
Feel like getting in touch or staying up to date with our latest news and updates?
Related Posts
Latest In Work Relationships
BCG FEATURED JOB