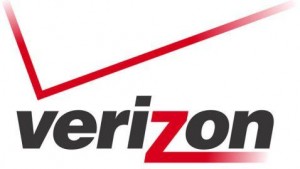 On Wednesday, Florida Governor Rick Scott announced that Lake Mary would be getting 750 new jobs via Verizon Wireless, according to WFTV.

“Florida is the perfect climate for business, and we’re doing the right things here — less regulation, less taxes,” he said.

On Wednesday morning, Scott was in Lake Mary for meetings with officials from Verizon prior to announcing the deal to the public. The deal includes the 750 new jobs and a brand new 200,000 square-foot facility.

The mayor of Lake Mary, David Mealor, said that the brand new deal is a win for not only the city, but also the county and the state.

“We already know that other businesses, because of their presence, are looking to come here. Also, it’s going to create a wonderful opportunity,” said Mealor.

Verizon was offered $7.5 million in training and tax incentives from state and local leaders. Those same officials noted that the impact on the tax base will pass that $7.5 million number in a quick manner.

Despite the excellent news, the plan does have critics early in its life. One of the reports is that Verizon will be bringing some of the ‘new jobs’ from out of state and they will not be given to current residents of the state. Verizon had $117 billion in revenue in 2012.

When you take a look at the numbers, the $7.5 million in training and tax incentives amount to $10,000 for each job Verizon brings to the state.

“He’s made a bad habit of giving away millions of taxpayer dollars to major corporations,” said Amy Ritter of Florida Watch Action.

“We need to be investing in middle class, hard-working families, not in major corporations,” said Ritter.

Scott said that despite some of the jobs going to current Verizon employees being transferred to the state, the whole deal benefits Central Florida. This is the reason why the office of the governor keeps saying that the incentives are an excellent investment for taxpayers in the state. The facility will feature an average salary of $55,000. This means that the state is covering close to 18 percent of the first-year payroll.

How Convicted Felons Can Find Employment
Let’s Get Social
Feel like getting in touch or staying up to date with our latest news and updates?
Related Posts
Latest In Work Relationships