Home  » Unemployment Dips to Second Lowest in 5 Years: But Dare We Hope? 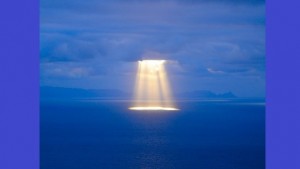 So applications for unemployment benefits are down 16,000 last month. That sounds good, right? But what does it ultimately mean? We might get as clear an answer as if we were asking a seer to analyze sheep entrails. It seems to mean that fewer jobs are laying people off. That’s good, right? It could mean an upturn in the market, some much needed sunshine in this overextended winter. But perhaps not. It seems people aren’t hiring much this March. But meanwhile, with fewer people laid off, those who have their job feel a bit more secure, and are doing secure-job activities such as spending more money and stimulating the economy.

Yes, the applications for benefits dropped 16,000, and that was a surprise. Some people simply have run out of benefits. Others weren’t laid off to begin with. But with employers adding only 88,000 jobs, we don’t have enough sunshine to celebrate spring just yet.

“The downtrend in unemployment remains on track,” said Jim O’Sullivan, chief U.S. economist at High Frequency Economics – and that suggests that we should be encouraged, but not overly encouraged by one week’s data, as the Associated Press suggests.

The best bet is to be optimistic when we are justified to be so. After all, the drop from 7.7 to 7.6 in unemployment has a lot to do with job seekers simply giving up their search. Unemployment tracks only those actively seeking. So though only 5 million Americans received unemployment in the week ending in April 6, 80,000 fewer than the previous week, all sorts of stipulations must be considered, such as spring break schedules, Boston bombing stuff, this extended winter etc: as I said, sheep entrails.

We have to also consider the “spring swoon,” which has characterized the spring of these past few years, when economic activity slows in March and April. It is a soft science making sense of these statistics – soft as butter.

What more can we say than agree with Jim O’Sullivan, an economist at High Frequency Economics in Valhalla, New York, who says that “the downtrend in unemployment remains on track.” Yes? And so what? That remains to be seen. We don’t have much more than a spark or glimmer of possibility at this point, but at least it is a glint of hope.