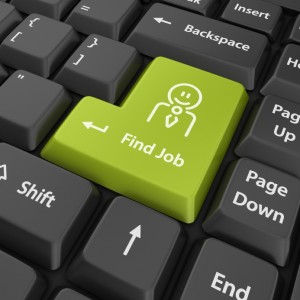 A survey conducted by the University of California at Berkeley, released in April of 2012, details how employees feel about their current jobs, if they would feel comfortable finding a comparable job with another employer, and many other factors.

The survey conducted by Cal Berkeley is titled Job and Work Satisfaction Survey. There were a total of 53,043 people surveyed. The first category asked survey takers the following question:

“Thinking about the next 12 months, how likely do you think it is that you will lose your job or be laid off?”

The results from the question were as follows:

The second question on the survey is as follows:

“About how easy would it be for you to find a job with another employer with approximately the same income and fringe benefits you now have?”

The results of the second question were:

Not easy to find a similar job: 40.3 percent

The third question from the survey asks participants the following:

“On the whole, how satisfied are you with the work you do?”

The options chosen for the third question and their percentages were as follows:

Very satisfied with my work: 47.6 percent

Moderately satisfied with my work: 38.2 percent

A little dissatisfied with my work: 10 percent

Very dissatisfied with my work: 4.2 percent

“If you were to get enough money to live as comfortably as you would like for the rest of your life, would you continue to work or would you stop working?”

The answers to the fourth question included the following:

The fifth and final question from the survey is:

The answers to this question were as follows:

No danger of being fired: 7.5 percent

So, as you can see, most people who responded to this survey were very comfortable with their current jobs and the work that they perform. They also feel that they are secure in their current job and do not fear being let go for any reason in the next 12 months. Job security plays a major role in finding jobs these days, which is evident by the survey performed by Cal-Berkeley.

Minimum Wager Earners Have Lost the Most in the Recession
Let’s Get Social
Feel like getting in touch or staying up to date with our latest news and updates?
Related Posts
Latest In Work Relationships