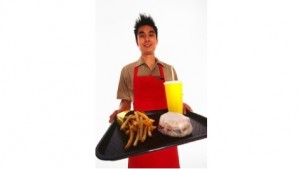 When considering whether it was outrageously optimistic for fast food workers to protest seeking a raise to $15 an hour minimum wage, double its current $7.25, consider also how much taxpayer are already supplementing the scant earnings of these fast food workers. Before, most fast-food workers were teenagers living with mom and dad, but now 68 percent are single or married adults who aren’t in school, and 26 percent have children. Those wages mean more.

What we are seeing is that 52 percent of fast-food workers are enrolled in public assistant programs, more than double the national average of 25 percent. Medicaid and Children’s Health Insurance programs alone costs $4 billion, and the full expenditure is $7 billion. So it seems these workers are getting by, and we are funding it, despite the impracticality of raising the minimum wage to $15.

McDonalds alone had its workers take in $1.2 billion a year in federal aid between 2007 and 2011, so, in a way, the taxpayers are paying a tax to let McDonalds let their big macs be a dollar cheaper.

The strike was perhaps doomed from the start, with so many people eagerly awaiting to take the strikers’ places. Yet a gestalt view on how our money is being used makes the $15 demand seem a little less extreme. In a way, we’re already paying it.

New World for Public Employment in Wisconsin
Let’s Get Social
Feel like getting in touch or staying up to date with our latest news and updates?
Related Posts
Latest In Work Relationships